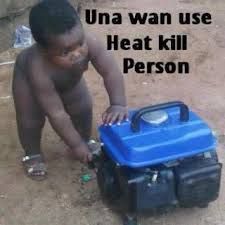 The Federal government of Nigeria has banned the importation of the commonly referred to as “I better pass my neighbour” small generator sets.

Nigeria Customs Service (NCS) Controller, Federation Operations Unit Zone A, Lagos, Madugu Sanni Jubrin, said according to the Vanguard, “the smaller generators have been banned by the Federal Government because it is causing air pollution and destruction of our lungs and breathing system. That is why we have banned it but people are still interested in smuggling them in, that is why we intercepted them. If you go to the market, you still see them because people have imported them before the ban. So it is the leftover they had before the ban that they are selling because the law did not backdate the ban and it is not an absolute prohibition. It is prohibition by trade which means you cannot bring it in large quantity and sell to the public. That is the type of prohibition we have on this but if you buy one piece, Customs will not seize it”.