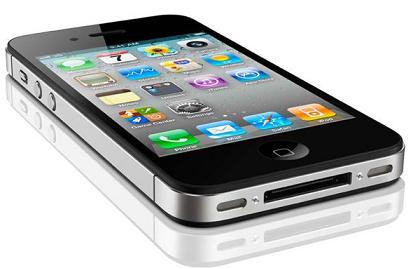 Mobile telephone service which began actively during the regime of Chief Olusegun Obasanjo (1999 – 2007) is fast becoming a curse rather than a blessing unless something is done urgently.
Strange and unsolicited text messages are sent to telephone users at odd times. Those that are most disturbing are received between 1 am  and 4 am when hardworking citizens are fast asleep. The messages wake them forcefully from sleep. Many find it hard to fall asleep hours after the unholy invasion of their privacy. It is not only irritating but provocative. It is gross abuse of priviledge on the part of service providers.
These unsolicited text messages are not limited to nights and early morning hours alone. They also come during the day. The high volume of text messages sent by service providers has exposed these shylock business concerns as relentless capitalist compradore bourgeoisie. Some customers receive as many as 40 messages per day.
The question here is, “If the service providers can afford to send so many text messages to all customers at no extra charges to themselves, why do they charge so high for the text messages sent by individual customers?” It is our contention that Nigerians are being taken for a ride by service providers and both the Federal Government and the legislators have entered into a partnership with service providers to inflict pain on innocent subscribers and tax-payers.
The Muslim Rights Concern (MURIC) expresses grave concern for the Federal Government’s lackadaisical attitude to this exploitation of consumers by service providers. We are also irked by the conspiratorial yet deafening silence of members of the National Assembly who, as elected representatives of the people, are expected to protect the interests of the jamaheer (poor masses).
MURIC calls attention to the great havoc in the torrential outpouring of text messages from service providers to innocent tax-payers. The havoc is mainly in health hazards but what could be more damaging to a nation than threat to the health of its citizens?
Experts agree that sound sleep means ability to think clearly, to plan and to design the next line of action in day-to-day endeavours. The reverse is the case when sleep is brutally cut. There is no gainsaying the fact that stress and fatigue are certain to occur when people are stinted of sleep. We suspect that the current rise in mental illnesses all over the country is partly informed by this flagrant disregard for people’s privacy and the rate at which text messages have been disturbing Nigerians.
Another angle is the impact of this phenomenon on the nation’s economy. If it is true that the health of the individual reflects on the performance of the Gross Domestic Product (GDP), then we must agree that our leaders are not serving the interest of our country.
We must also ask the Presidency and the National Assembly (NASS) if it is true that service providers extend free telephone lines to those in the corridors of power as well as legislators. It had better not be; otherwise we will be constrained to conclude that our leaders have mortgaged our liberty for a pot of porridge.
MURIC appeals to service providers to respect Allah-given fundamental human rights of subscribers. We warn that from January 2015, unsolicited text messages should be drastically reduced and limited to day-time. We invite the Consumer Protection Society to wake up to its responsibility. We also charge the NASS to legislate adequately on this very important subject-matter.
Professor Ishaq Akintola,
Director,
Muslim Rights Concern (MURIC)
Muslim Rights Concern (MURIC),
234-803-346-4974