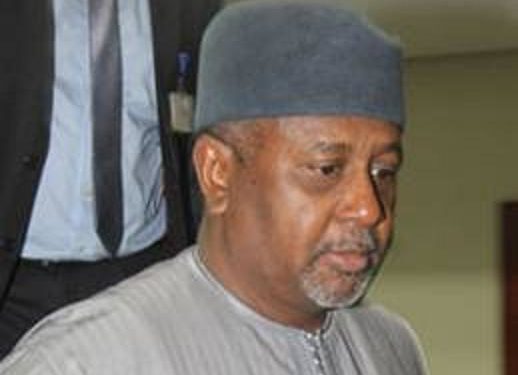 Nigeria’s top security official on Friday ruled out the need for a United Nations or African Union-backed force to fight Boko Haram, saying the country and its partners could handle the threat.

Possible “enhanced international support” against Boko Haram will be discussed on the sidelines of an AU summit later this month, given fears about the group’s threat to regional stability.

“It’s something that we can do. It’s absolutely something we can do,” he told BBC World Service radio in an interview.

“I think as it is we are in good shape to address the issue with those partners, Niger, Chad and Cameroon.”

Representatives from Nigeria, Niger, Chad and Cameroon met this week to thrash out details of a new regional force to counter the rising threat from the Islamist militants.

An existing force, made up of troops from Nigeria, Niger and Chad appears to have collapsed in disarray even before the January 3 attack on its headquarters near the northeastern town of Baga.

Troops from Niger and Chad were not present during the raid, which saw Baga razed and hundreds of civilians, if not more, killed in what is feared could be the insurgents’ worst atrocity.

Tuesday’s meeting agreed to transfer the headquarters of the new force from Nigeria to the Chadian capital, N’Djamena, reflecting concern about Boko Haram’s rising transnational threat.

Boko Haram has seized dozens of towns and villages in the northeast in the last six months and now controls the border of Borno State with Niger, Chad and Cameroon.

Some analysts have suggested that it is trying to revive a defunct 19th century Islamic caliphate, whose borders corresponded to parts of modern-day Nigeria, Niger, Chad and Cameroon.

The group’s leader Abubakar Shekau, however, mocked the proposed new force in a video published online on Tuesday, boasting that his fighters would take on all comers and that “Nigeria is dead”.

“The kings of Africa… I challenge you to attack me now. I am ready,” he said.