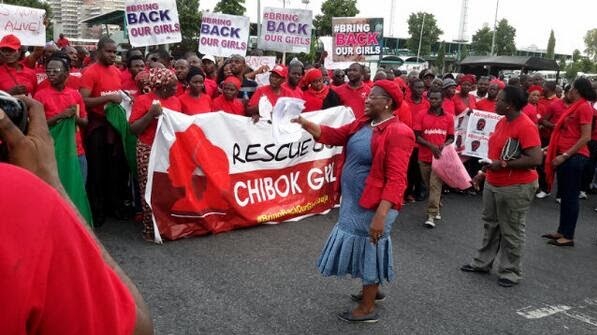 The Spokesperson for the Department of State Security Services (DSS) Marilyn Ogar has accused the BringBackOurGirls campaigners of turning the abduction crises that has spanned almost three months without rescue into a ‘franchise.’

“Bring Back Our Girls Movement has become a franchise and security forces know what they are up to. If it is an ordinary movement seeking to pile pressure on government or security agencies to release these girls, there will be no need for the group to begin to have tags, insisting that you must have a tag and be properly registered (to be part of them).

“They were also paying courtesy calls to money bags to solicit support. If it’s a genuine struggle, then it must be done transparently. There will be no need for you to ask people to register to know who is a member or who is not. It is getting very ridiculous but we are still watching and hope that genuinely, there is no need to hire people to come and claim that they have children among the girls that were abducted. So now we now that it has become a franchise and we know.

“I also want to ask that if it is not a franchise, why would those involved in the movement decide to carry out smear campaign against certain government officials. If we have to fight for our rights, let us genuinely fight for our rights by being more transparent. We also know that they run bank accounts; that they visit prominent people to solicit for funds; funds for what?”, an angry Ogar retorted.