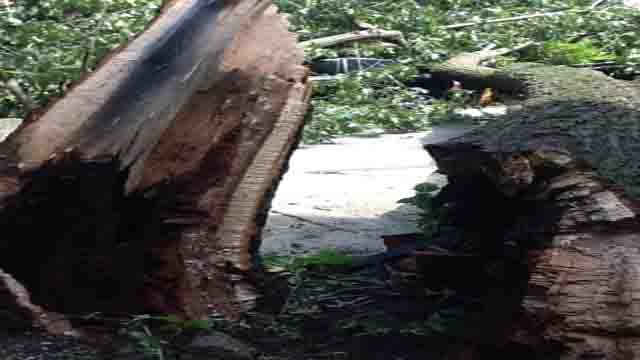 Thirty one persons were killed in Imo State when a tree fell on them. The incident happened at the Ukwu Uko evening market at Umuejinwaoke Umudagu Village, Mbieri, Mbaitolu Local Government Area of Imo.

About 16 others sustained various injuries during the incident, which was caused by rainstorm on Thursday night.

A resident of the community, Nnaemeka Emenyonu, said that the tree fell on the affected persons around 8:00 p.m. He said the tree also destroyed the Village Hall.

“The big tree fell suddenly on 31 people, who died at the spot and injured 16 others. Those injured were taken to hospital.

“The victims include two sisters, who sell tomatoes. Honestly, this is a saddest event in the history of our community,” he said.

The traditional ruler of the community, Godwin Duru, lamented that such a tragic incident had never occurred in the community.

“I do not know what to say. God, what can we call this? My people were destroyed within a twinkle of an eye. What a pity,” he said.

The Police Public Relations Officer, Joy Elemoko, declined comment on the incident after several efforts to get the command’s reaction to the issue.