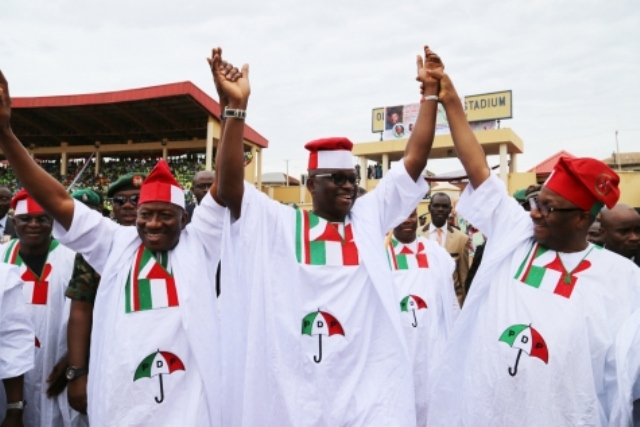 Nigerians are witnessing president Jonathan at his best. President Jonathan is poising himself for the elections in a few months, working hard day and night to kill the opposition. The president of Nigeria does not intend to fight, he does not believe in debates, competition etc, he intends to completely kill the entire opposition before the battle and he is succeeding in doing so.

With billions of looted dollars to spare, he succeeded in buying Ekiti state in the recently concluded polls, with several bags of rice which bought the PDP party the top spot. PDP brought back an indicted thief, Ayo Fayose to take over Ekiti state.

In Osun state where an alternate candidate is unlikely to win, not surprisingly, ‘Boko Haram’ political bomb have been going off and recently a multi-million naira school building suddenly collapsed in the state. All moves to frustrate the current governor. The opposition candidate, Senator Omisore is even being driven around for his campaign in the state in official vehicles bearing the federal government of Nigeria plates! Moves in Osun include the latest disturbing ‘Red Alert’ that PDP is plotting to assassinate the extremely popular governor Aregbesola.

But Jonathan is not stopping at just states where there are elections. In key opposition states, the president is sponsoring candidates with billions of dollars and also paying off the entire senates to commence impeachment on all the opposition governors.

He just succeeded in kicking out Adamawa state governor Murtala Nyako, who was impeached today. His money has now turned on Rivers state where governor Rotimi Amaechi is a pain in the behind and also on Al Makura of Nasarawa state where impeachment proceedings have commenced.

Others in his scope are Kano and Kwara where action is underway. It is all about politics and victory. Controverial Shekarau of Kano, the new minister of education, who was appointed for every reason other than bettering the lot of Nigeria’s students, is part of the political action against Kano. Charges just dropped against ex-dictator Sani Abacha’s son, who is being set-up to tear apart Kano is part of the president’s game. Late dictator Abacha was just awarded recognition by the president as part of the same mechanism– anything goes for a victory.

In Borno state, he has acquired Boko Haram founder, ex-governor Ali Modu Sheriff, aka, SAS, who is accused of founding Boko Haram and is declared citizen non grata by the civilian JTF of the state. SAS can expect continued impunity under Jonathan so long a she doe whatever it takes including setting off whatever bombs are needed to deliver or ensure Borno does not take part in the polls.

President Jonathan is going to win by hook or crook. 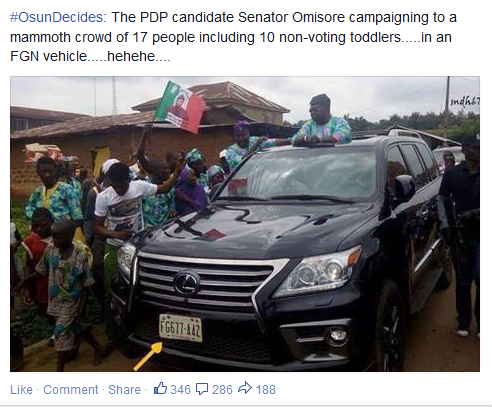