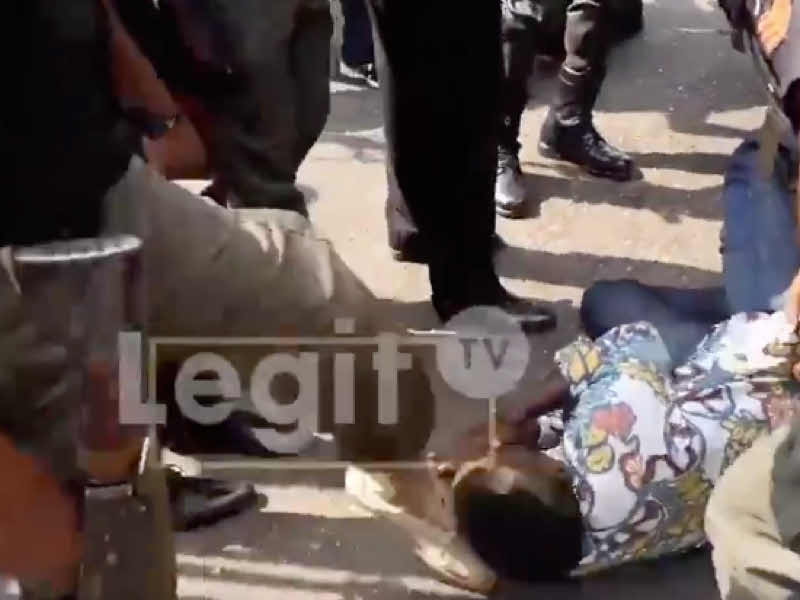 Adding to the brutality and intolerance record of the current tyrannical Buhari regime of Nigeria is a hard to watch video clip in which men of the Nigerian security services are seen brutalizing, dragging on his head and kicking in the head a Nigerian journalist after breaking his equipment.

#RevolutionIsNow Police officers were on Monday, 5th August, 2019 seen beating a journalist and other protesters during the #RevolutionNow protest in Lagos.
They also pepper sprayed the journalist and beat him before forcing him into their van. pic.twitter.com/fWarIVVy96

The Buhari APC ruling administration has bene known for its intolerance of opposing views and banning of all rallies that do not favor the government while sponsoring its own rallies with heavy state security vote funding to intimidate global organisations like Amnesty international and the United Nations UNICEF division.

The protests kicked off Monday and are expected to continue around the world as Nigerians fight for a total overhaul of their failed leadership.

Similarities with past protests involving members of the current administration