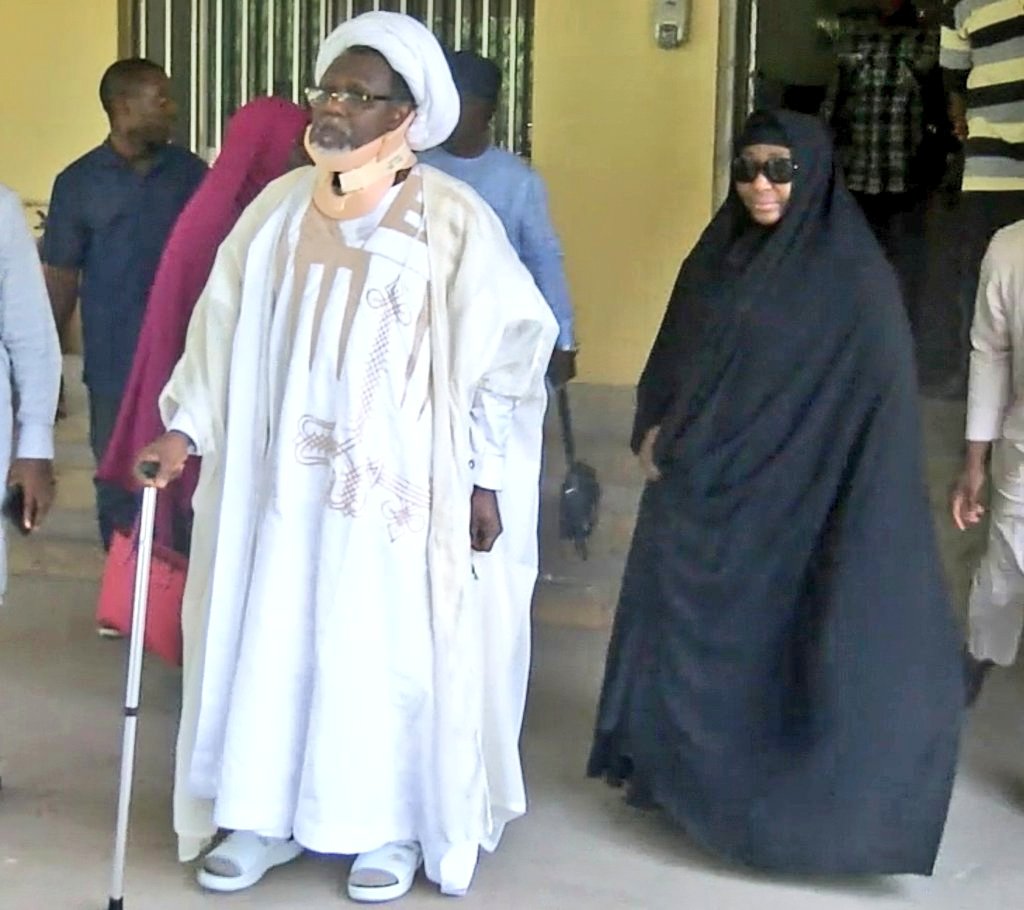 It is our duty to correct a false narrative promoted by Nigerian government and pushed in Fake news media.

The Nigerian government State inSecurity Service, SiSS did not release Sheikh Zakzaky and wife yesterday nor will they. The Kaduna court also in its judgment did not order the release of Shaikh Zakzaky and his wife.

To Be Taken For Treatment In Custody

Kaduna Justice Darius Khobo in his ruling said El-Zakzaky will travel in company of State officials and must return immediately after his discharge from the hospital to face his charges.

“The court also ruled that El-Zakzaky and his wife be accompanied on the trip by DSS personnel and officials of the state.”

The full court rulimg images are below.

“Also speaking with journalists, counsel to El-Zakzaky, Marshal Abubakar, said what the court did was not to grant bail to the defendant but to rule that he should proceed to India to save his life.” Read in Vanguard

If Nigeria had standard hospitals, the ruling is equivalent to a prisoner being taken to hospital with armed guards within the country as happens in foreign nations. The only difference is that Nigeria does not have good hospitals so the SiSS will be taking Zakzaky to India and bringing him back. he is neither granted bail nor released as the Fake news media propagates. The sheikh and his wife’s illegal detention continues.

Zakzaky has been held in illegal detention since December 2015 when the Nigerian government in a brutal crackdown killed as many as 1000 shia Muslim youth including three of Zakzaky’s sons, shot him six times, his wife 2 times and detained them.

Blinded in one eye his condition deteriorated last year after he had a stroke. Zeenat has been unable to have knee surgery as she has remained in detention with her husband.

Zakzaky ‘lost one eye following the military attack and is at a severe risk of losing sight completely in the other. He is now found to have more than twenty times the toxic levels of lead poison in his body! Similarly, the wife has been under excruciating pains with shrapnel deeply lodged in her body for all these years of inhuman conditions in detention. She now is able to ambulate only with the use of a wheelchair.  Both were not even able to make it to the court in the last two sittings. They have been battling ailments that could not be treated in Nigeria, as posited by the foreign medical experts that earlier in the year assessed their health condition.’

Zakzaky and Zeenat continue to be denied bail and compensation in monetary terms and a new home as granted by the Abuja court.

The fake news was pushed in the media with obvious reasons of quieting the revolution rising in the country.