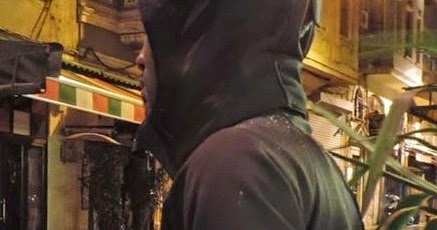 Aftermath of another heavy defeat of Boko Haram terrorists who launched another attack weekend on the now troubled Konduga town in a bid to reclaim the dead body of the impostor of Abubakar Shekau, (Mohammed Bashir), the military has arrested a foreign computer expert who is said to be behind the several video shots sent to online media organization and foreign media houses.

Military sources disclosed that the computer analyst who is currently being interrogated was responsible for configuring computer images website and internet accesses that enables the group engage in both media and psychological operations.

“We have made a very big break through; the computer analyst is opening up and has made very big revelations on the modus operandi of the sect.”

Sources said he was arrested after a shootout when a group of the sect members mobilized and attacked Konduga with a view to recovering the body of the impostor for burial in a site they would later earmark as their shrine.

According to Vanguard, the foreigner has made shocking confessional statements about the terrorist’s plans andmodus operandi as well as their backers that would aid troop’s fast track the routing of Boko Haram.

“We also discovered that the ICT expert is the back bone of the signals and communication links of late impersonator, Mohammed Bashir who always poses as Abubakar Shekau, whenever he is talking on YouTube.” a source told Vanguard.

With the breakthrough, the military is said to be better informed on how the Impostor of Shekau was able to reach out to the world and claim victory over Nigerian troops after several attacks.

While confirming that there is a successor crisis in the camp of the terrorists resulting from the death of most of their commanders by troops in Konduga, Vanguard learnt that some terrorists are yet to be disarmed because they were yet to come to terms that their erstwhile leader, Shakau has been killed.