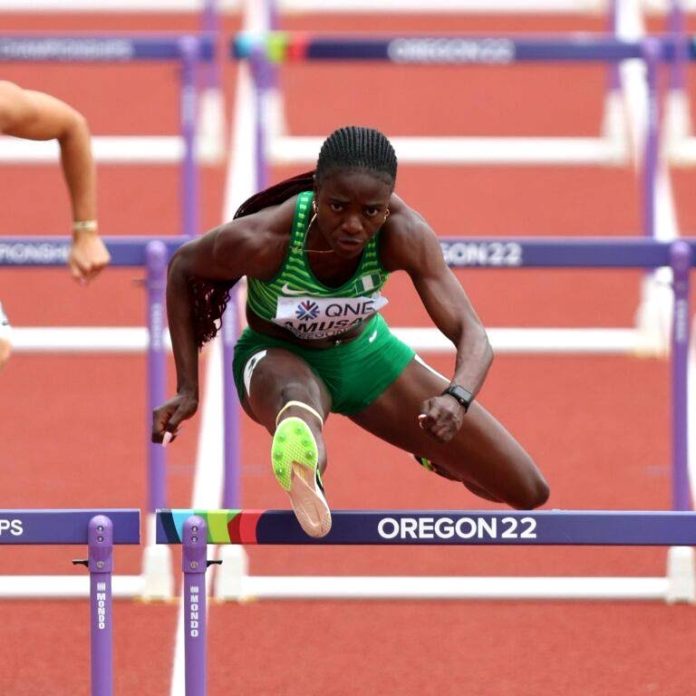 Tobi Amusan of Nigeria broke the world record for women’s 100m hurdles in the semifinals of the world track and field championships in Eugene, Oregon. She went even faster in the final, which she won nearly two hours later.

Amusan, who finished fourth at the Tokyo Olympics and the most recent worlds in 2019, clocked 12.12 seconds in the semifinals at Hayward Field on Sunday.

In the final, she won in 12.06 seconds, but with too much tailwind for a record. Britany Anderson of Jamaica finished second, followed by Olympic gold medalist Jasmine Camacho-Quinn of Puerto Rico.

Amusan broke American Keni Harrison’s 2016 world record of 12.20 seconds. In 42 years, this is the largest time drop for a world record in the event.

“At first, I thought, where is the wind reading?” Amusan stated (the wind speed was +.9 meters per second, well below the two-meter limit). “But I wasn’t bothered because the goal is to be the first to cross the line.”

Amusan’s previous personal best was 12.40, which he set in the first round of the world championships on Saturday.

According to World Athletics, Amusan became a hurdler by chance. She went to a meet when she was 13 or 14 years old, intending to compete in the flat sprints and long jump. However, by the time she arrived, the only event remaining was a hurdles race. She won that race, and the rest — particularly what happened on Sunday night — is now history.