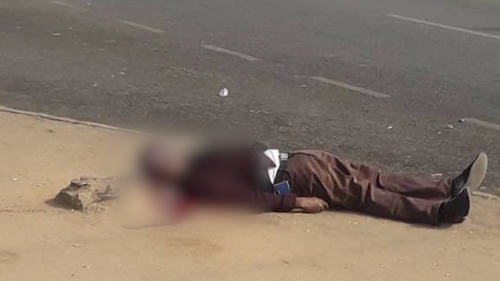 A middle-aged man has been shot dead by the police in Abuja during a protest by members of Islamic Movement in Nigeria popularly known as ‘Shiites’.

The incident occurred at the Berger roundabout on Tuesday when armed policemen opened fire on the protesters.

It was gathered that the victim was hit by bullet on the head and died on the spot.

Another person was said to have been shot on the leg.

As at time of filing this report, the area had been deserted as people ran for fear of being hit by police bullets. The injured passersbySaharaReporters Media

Secretary of the Academic Forum of the Movement, Abdullahi Musa, confirmed  to SaharaReporters that the victim was not their member.

He went ahead to condemn the brutality of the police for killing an innocent citizen for just no reason.

Calls put across to the Public Relations Officer of the FCT Command, Anjuguri Manzal, were not answered.