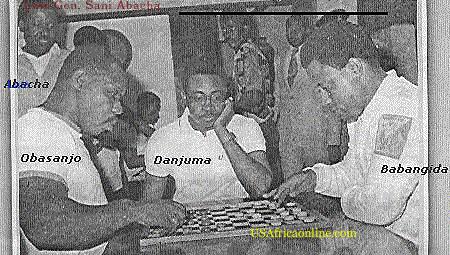 NewsRescue- Nigeria’s teaming population of youth have announced the formation of a new political party, the Sovereign National Party (SNP) to contest in Nigeria’s next elections. Web- www.SovereignNationalParty.com

According to a press release from the platform, the party is youth powered and determined to overthrow the ‘older cabal,’ who have ruled Nigeria since its independence.

Nigeria, Africa’s most populous nation has been bereft of good governance credited with the Nation stifled development amidst much resource and potential.

Sovereign National Party (SNP) is the political movement of the Nigerian masses and friends of Nigeria who are frustrated with the chronic, debilitated state of the nation.

The SNP is the result of years of mismanagement and selfish rule in Nigeria by a caucus of remnants of the colonial establishment.

These few elder Nigerians who are now popularly referred to as the “Cabal,” consist of certain names, the same names that have been heard since the so-called independence of Nigeria in 1960.

Nigerians have been suffering and smiling, hoping and praying that one day these old people will show some responsibility and not just get Nigeria out of its woes, but even steer it toward the path of advancement.

But these old leaders are only interested in usurping Nigeria’s wealth, sharing oil wells among themselves and living in fortified mansions with 24 hour generation of power, apart from the reality of the common masses.

Nigerians Are Fed-up of Recycling Trash

Nigeria is now ranked the 7th most terrorized nation in the world. There is terror in the South and in the North of the federation. Insecurity threatens to take away what was left of the Nigeria spirit.

The standard of living in Nigeria is deplorable, considering the nations vast resource and potential.

Great minds and talents are killed and buried in Nigeria under its vision-less leadership.

The citizens only beg for basic infrastructure: good roads and security if provided by the government, and the people are allowed to self-determine, the people will do the rest for themselves. But the lame, crippled leaders suffocate the people and force them into a handicapped existence.

Not only this, Nigeria has lost its esteemed role as giant of Africa consequent to its mismanagement crises. We have failed in our duties and obligations not only to ourselves, but West Africa, Africa and the world at large.

In the advent of this, Nigerians decided that they had simply had it with the rotation of leadership positions between shoots of the same crop, who were ultimately obliged to serve the interests of the cabal, being put in power by the ‘grace,’ of this cabal.

The Sovereign National Party(SNP) Movement officially commenced in January 2013 and promises to be the last stand at recovering a future for people born into what has been a failed amalgamation.

Today is the day of a new cabal, the 150 million strong cabal of the common masses.

Our candidates will contest for all Nigeria’s leadership positions and we will win by Gods grace.

The SNP political platform is poised to provide a sure path for Nigeria’s large youth population to take over the government and establish self-determination, sanity, security, peace and advancement for the people of the land, once and for all.

The people have been limited to 2 or 3 choices of hopeless parties run by these old goons. But now the SNP of the people, with the people, provide ourselves the different choice and choice with a difference.

SNP is the stone for this Goliath.

Fellow Nigerians, let us come together and do this. You will make up this party, you will guide its operation, you will make it win, and you will rule your nation at last.

As you read this message, from today we have forced them to sit up. And by 2015 we will make them stand down.

The revolution will be at the ballot.

SNP is the masses!

We the people will win.