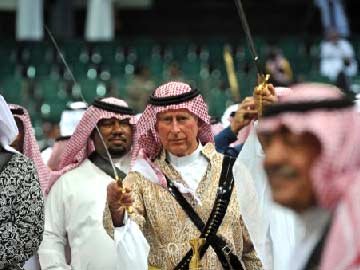 US cables released by Wikileaks describe the popularity of Nigerian youth being used as body guards for ostentatious and commonly party going Saudi Princes. See below cable.

Classified By: Consul General Martin R. Quinn for reasons 1.4 (b) and (
d)

1. (C) Summary: Behind the facade of Wahabi conservatism
in the streets, the underground nightlife for Jeddah’s elite
youth is thriving and throbbing. The full range of worldly
temptations and vices are available — alcohol, drugs, sex —
but strictly behind closed doors. This freedom to indulge
carnal pursuits is possible merely because the religious
police keep their distance when parties include the presence
or patronage of a Saudi royal and his circle of loyal
attendants, such as a Halloween event attended by ConGenOffs
on October 29. Over the past few years, the increased
conservatism of Saudi Arabia’s external society has pushed
the nightlife and party scene in Jeddah even further
underground. End summary.

2. (C) Along with over 150 young Saudis (men and women
mostly in their 20’s and early 30’s), ConGenOffs accepted
invitations to an underground Halloween party at Prince
Faisal al Thunayan’s (protect) residence in Jeddah on October
29. Inside the gates, past the Nigerian security guards and
after the abaya coat-check, the scene resembled a nightclub
anywhere outside the Kingdom: plentiful alcohol, young
couples dancing, a DJ at the turntables, and everyone in
costume. Funding for the party came from a corporate
sponsor, Kizz-Me, a U.S.-based energy-drink company that now
distributes out of Saudi Arabia, as well as from the princely
host himself.

3. (C) Religious police/CPVPV (Commission for the Promotion
of Virtue and Prevention of Vice) were nowhere to be seen and
while admission was controlled through a strictly-enforced
guest list, the partygoers were otherwise not shy about
publicizing the affair. According to a young Saudi from a
prominent Jeddah merchant family, the Saudis try to throw
parties at princes’ houses or with princes in attendance,
which serves as sufficient deterrent to interference by the
CPVPV. There are over 10,000 princes in the Kingdom, albeit
at various levels and gradations — “Royal Highnesses”
(“Saheb Al Sumou Al Maliki”) signified by direct descent from
King Abdulaziz, and mere “Highnesses” (“Saheb Al Sumou”) from
less direct branches of the Al Saud ruling family. Our host
that evening, “His Highness” Faisal al Thunayan (protect),
traces his roots to Thunayan, a brother of Mohammad, Amir of
Diriyyah and Nejd (1725-65), King Abdullah’s direct ancestor,
six generations back. Although Prince Faisal is considered a
second-tier “Cadet” prince, not in line for the throne, he
still enjoys the perks of a mansion, luxury car, lifetime
stipend, and security entourage. (Note: Most of the prince’s
security forces were young Nigerian men. It is common
practice for Saudi princes to grow up with hired bodyguards
from Nigeria or other African nations who are of similar age
and who remain with the prince well into adulthood. They are
called “khawi,” derived from the Arabic word “akh,” meaning
“brother.” The lifetime spent together creates an intense
bond of loyalty. End note.) 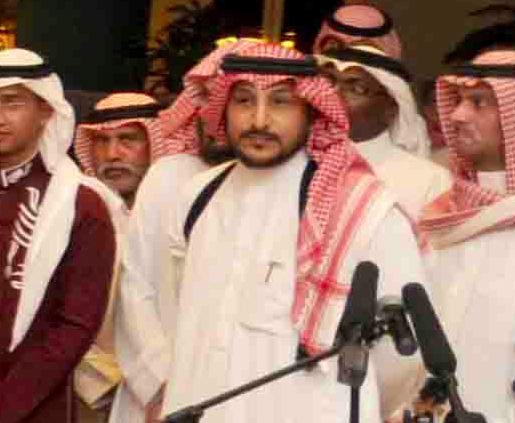 4. (C) Alcohol, though strictly prohibited by Saudi law and
custom, was plentiful at the party’s well-stocked bar,
well-patronized by Halloween revellers. The hired Filipino
bartenders served a cocktail punch using “sadiqi,” a
locally-made “moonshine.” While top-shelf liquor bottles
were on display throughout the bar area, the original
contents were reportedly already consumed and replaced by
sadiqi. On the black market, a bottle of Smirnoff can cost
1,500 riyals when available, compared to 100 riyals for the
locally-made vodka. It was also learned through
word-of-mouth that a number of the guests were in fact
“working girls,” not uncommon for such parties.

Additionally, though not witnessed directly at this event,
cocaine and hashish use is common in these social circles and
has been seen on other occasions.

5. (C) Comment: Saudi youth get to enjoy relative social
freedom and indulge fleshly pursuits, but only behind closed
doors — and only the rich. Parties of this nature and scale
are believed to be a relatively recent phenomenon in Jeddah.
One contact, a young Saudi male, explained that up to a few
years ago, the only weekend activity was “dating” inside the
homes of the affluent in small groups. It is not uncommon in
Jeddah for the more lavish private residences to include
elaborate basement bars, discos, entertainment centers and
clubs. As one high society Saudi remarked, “The increased
conservatism of our society over these past years has only
moved social interaction to the inside of people’s homes.”
End comment.
QUINN