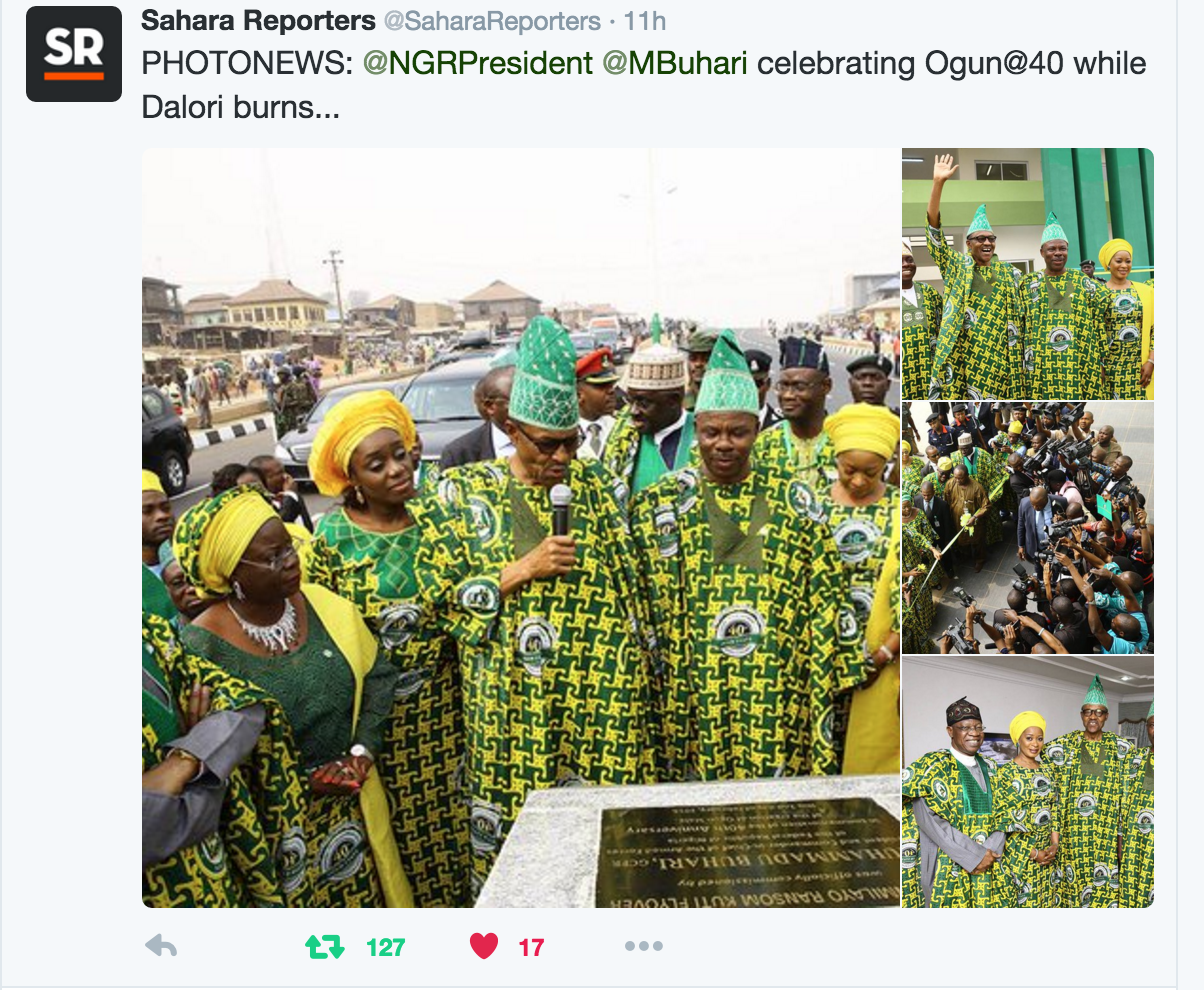 Nigerians are once again frustrated with the seeming insensitivity of their government who are ready to party while the people fail to have their right of security. The President arrived in Ijebu-Ode, Ogun State, on Monday evening, a day after the horrific Boko Haram barbaric attacks that saw as many as 100 dead and families devastated beyond imagination.

SaharaReporters highlighted the frustration of the people on President Buhari’s going ahead to the Ogun @ 40 party celebrations rather than commiserating with the victims of Dalori, Maiduguri who had just lost everything when Boko Haram who the government said could no longer carry out insurgent attacks did just that.

Social activists have refused to be hypocrites and are using the same brush they used for Jonathan, for Buhari, in the best interest of Nigeria.

The President’s apparent lack of empathy quickly reminded of how former and much condemned Presdient Goodlcuk Jonathan danced in Jos when the Chibok girls were kidnapped and Nyanya burned.