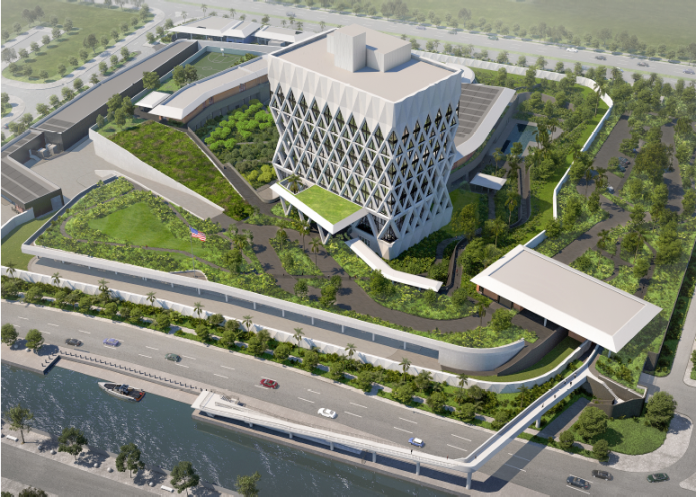 The United States is building a large embassy in Eko Atlantic city of Lagos Nigeria on 12.2 acres of Land allocated by the government.

While this is news, the claim that this embassy will be the largest complex in the world as announced by the government is an unexpected lie of unknown purpose – perhaps to give false value to a failed state.

A]Sprawling at 104 acres the US Embassy in Baghdad is by far the largest in the world. It’s an entire city!

The Embassy of the United States of America to Armenia comes next in size at 22 acres.

The multi-building campus being situated on the existing 14-acre Embassy site sets the US embassy in Paraguay as a contender for third place.

Sitting in Pristina, Kosovo on a 12.4 acre land in the Alberi district is another massive US embassy.