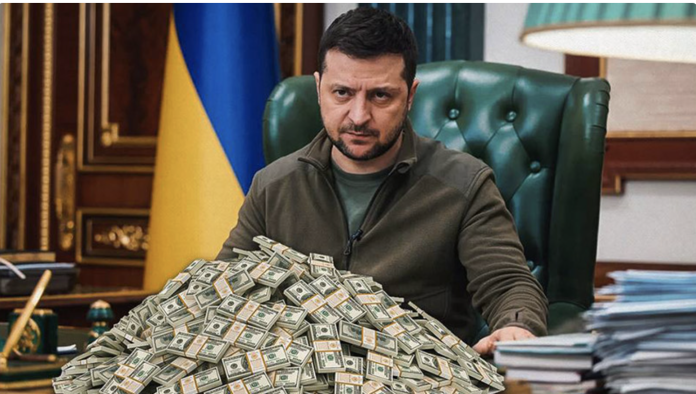 Now that the Washington Post has decided to hang onto a shred of integrity and admit that the Hunter Biden laptop is real, the panic over its contents and the implications of that content begin to float to the surface.

With all of the drug use and underage sexual abuse found on Hunter Biden’s laptop, there is a sobering truth that should concern every single American citizen and thus every human on planet Earth.

There is massive evidence of the funding of biowarfare labs connected to the then-Vice President Joe Biden, the Pentagon, and their stooge Hunter Biden on the laptop now reluctantly entered into Congressional evidence.

Evidence that will likely lead directly to the World Economic Forum’s Plandemic.

But Congress isn’t acting quickly enough, and the infiltration of corporacratic NWO minions is a cancer that has spread throughout the Federal Government while Biden ends the title 42 Border restrictions that will fully open the floodgates to appease the United Nations replacement migration “coward and Piven” agenda.

Once the alleged puzzle pieces are finally assembled it will be way past midnight. The second wave of the NWO’s silent biological warfare will have been waged by the hyper treasonous Biden family who will have the blood of millions of dead Americans on their hands as they sold us all out to the highest foreign bidder. (Hemorrhagic)

As it stands for all to see, by design, Joe Biden is overseeing the plug being pulled on American prosperity via energy independence, playing the fall guy as the Federal Reserve fiat dollar loses its world reserve currency status while entering a digital currency mark of the beast system.

This is it. The end of America. And all the evidence sits on a laptop once protected by the moronic password Hunter02. Is there a Hunter01 laptop we still don’t know about?

The White House repeatedly refused on Friday to rule out the possibility that President Joe Biden could pardon his son Hunter Biden or brother James Biden if suspected financial crimes related to business dealings in China are proven in court, despite questions from multiple journalists and a growing volume of articles on the subject.

“That’s not a hypothetical I’m going to entertain,” White House communications director Kate Bedingfield told a room full of journalists after she was asked whether the president had considered a pardon for his son Hunter or brother James, both of whom are being investigated for financial impropriety regarding a business deal with Chinese firm CEFC China Energy.

Asked about the president’s continued insistence that there was nothing “unethical” and that Hunter Biden had made no money from “this thing about what you’re talking about, China,” Bedingfield doubled down on the elder Biden’s denial – made over a year earlier – that his son was guilty of any wrongdoing. “We absolutely stand by the president’s comment,” she said, insisting she did not have “anything to add from this podium” when the question was phrased another way.

Hunter Biden is currently being investigated by the Justice Department regarding a business deal he was involved with in China, proof of which surfaced almost two years ago on the infamous “laptop from hell” left by him at a repair shop in Delaware. The younger Biden appeared to have raked in millions of dollars for a consulting role despite insisting the deal itself “fell through,” and his Chinese partner in the affair was later detained in China.

While a handful of media outlets initially reported on the content of the laptop, which included not only incriminating financial documents but also more salacious materials including images of Hunter engaged in sex acts and drug use, most major press outlets gave it a pass, either dismissing it as “Russian propaganda” without any evidence or refusing to comment on it at all. The president infamously laughed when asked about the laptop again after the election.

However, with Biden safely in the White House, mainstream outlets from the New York Times to CNN have begun to nibble at the story, acknowledging not only that the laptop belonged to Hunter Biden but that there are some serious problems with the “business deals” discussed in emails it contained.