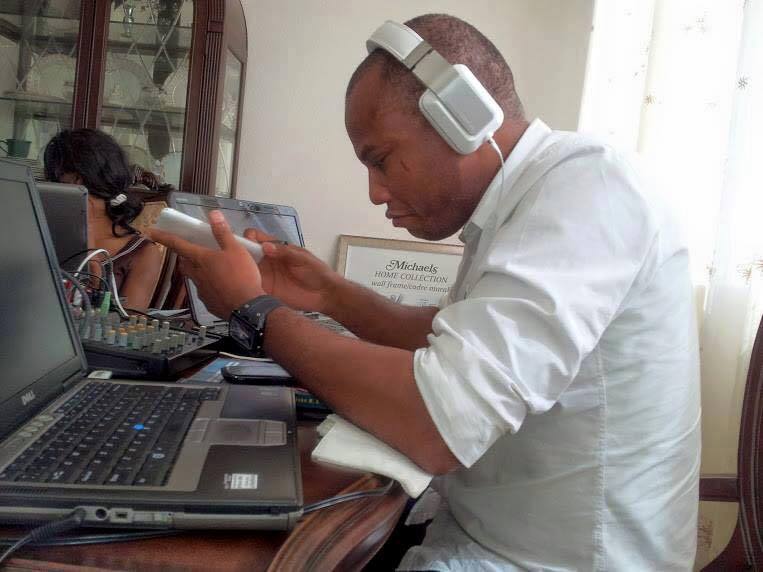 The itinerant luxury bus medicine dealer starts with prayers, sings choruses and sells fake ‘omnipotent’ drugs to both the sick and the healthy. He touts a particular knowledge of Staphylococcus and expertise in improving watery sperms and weak erections. He will suggest his bag contains cures for every known disease. He will jump off the bus but not before he is done . He tells tales like the ‘zoo’ story, playing on the vulnerabilities of an impoverished and ignorant society.

The police escort on the bus stands aside and lets his aloofness authenticate the scam . The consequences will fall on pockets but more on public health. When they realize it is not benevolence the nomad has dropped off the bus. The sons of Sceva have taken center stage.

It is noble and often effective to ignore obnoxious attention seekers. But when rabble rousers show signs of lunacy they deserve attention. Because when speech comes to be filled with hate and incitement to violence , continuing silence becomes recklessness.

When the rabble is roused, devilry is afoot and typically dissent is not brooked. Soon Igbos whose opinions contradict radio Biafra and its reprobates will become enemies of the land, saboteurs or Efulefus (misfits).

And since hysteria occludes reason, fellow Biafrans , supposedly shackled by ‘zoo’ keepers , would be the first targets because , like the Hutus and their interahamwe theorized, an efulefu is worse than the real enemy.

Biafra should be sacred because at the cost of over a million lives with torture and horror on scales that make Rwanda pardonable , Biafra should be strictly ‘out of the reach of children’. Biafra should not be trivialized or desecrated, neither by conceited scoffers nor by peripatetic con men with confused minds and mobile radio transmitters.

When shadowy megalomaniacs given to flimsiness and gifted with volubility run out of life options but seek emergence from obscurity, nothing is sacred. You can wonder if they contemplated opening a church and selling fake gospel before opting for Biafra . Yes, shed anonymity like Simon the socerer , the man from Gitta, by holding people bound with spells of charm, magic and sophistry until those who can find them him out.

But I guess Igbo politics is so bereft of integrity and purpose and destitute of true apostles now that radio Biafra can continue with its sorcery for quite sometime . But the tragedy is that, like Simon who later took to following the apostles with magic in his pocket and greed in his heart, these latter day Biafran magicians insinuated themselves into Ojukwu’s politics, temporarily and only for ulterior interests.

Simon, the wolf, needed apostolic clothing . His flirtation with Christianity, like the pimps hawking Biafra, would yield money but will adulterate doctrines and values . There is no pogrom. Igbos are not under any life threatening siege. These hustlers are enticed by Ojukwu’s fame. Yet they wont form a political party as he did and mobilize the people. No. They do not even want a referendum. They want guns and bullets. They , with irritating nonchalance , say violence is unavoidable.

Their Biafra is a sham. Simon, like many fake pastors today, profited from hoodwinking the public, selling the counterfeit . Like fake pastors , these Biafran speculators do incalculable damage to the authentic concept by inviting mockery and scorn rather than belief, dignity and conversion. Radio Biafra has made a laughing stock of the Igbos.

Charlatans, whether on buses selling fake drugs or on Radio Biafra polluting Biafra , selling adulterated toxic freedom, can be charming. And many susceptible to razzmatazz succumb to the seduction of the false promise of paradise. Biafra is dear to many Igbos and is guarded jealously. Though perhaps a mere vent for ethnic chauvinism for those devoted to chest beating and superficiality.

For many thoughtful Igbos and many who saw the war or its aftermath, the attachment is more meaningful and deeply emotional. A struggle against murderous oppression. An excruciating toil to withstand death before a ‘no victor no vanquished’ gallant capitulation . A collective resolve to overcome annihilation, to grasp at freedom, to pursue greatness undeterred by staggering odds. Biafra is hope in the face of impossibility. Hopefully, the scar of a bad wound.

Igbos are sensitive to the contempt Biafra receives from others whose sense of patriotism or of conceit , as conquerors, mandate a disdain for the supposed vanquished and anything Biafra . All who cant help but see Biafra as real nuisance. As an impracticable fantasy , a manifestation of the perceived greed and domineering tendency of Igbos whose crude penchant for disregarding bounds of propriety is consuming.

These victors are often confounded by the egotism and vainglory they read in the attitude of Igbos towards Biafra, and the incongruous air of triumphalism they furnish themselves even from that defeat. When scorn is poured on Biafra rather than the fraudsters peddling its counterfeit , Igbos are forced into defensive sympathy with charlatans.

Only a few doubt that the breathtaking ingenuity, imagination , creativity and resourcefulness worthy of veneration that Biafra unveiled can be owned, even fleetingly, without feeling special. Biafra , in spite of the horrors, manages to leave some room for some nostalgia. Some still regret the loss of a greatness that could have been or that had begun. That wistfulness must be more harrowing 45 years after, ‘one Nigeria’ still imports toothpicks.

The susceptibility of some Igbos to the incantations of radio Biafra is not therefore totally inexplicable Biafra isn’t just unity and oneness , it is justice, moral justice. Because regardless of the interpretation that may be given to the events leading up to the pogrom , the pogrom in itself, in being allowed to fester unrestrained, in its scale , was egregious evil. Innocent everyday people hunted and disemboweled?

The pogrom made Biafra almost inevitable. Then the agony of dying and death of infants in state sponsored starvation. Asaba saw savagery that the Hutus in their murderous prime may not have matched. Recurrences of disturbances and dislocations have continued to grate scars. And persistence of injustice and lack of equity continue to make the idea attractive to many. And groups are morally and legally entitled to right to self determination. Biafra is not necessarily treason.

But true freedom fighters are easy to discern. Personal sacrifice, dedication, honesty to the course and painstakingness make freedom fighting not just arduous and valorized but a vocation not undertaken by flippant merry making fellows attending wild and wet parties thousands of kilometres from where the shackles are. It doesn’t start and end with delusions of grandeur and with threats of making Nigeria worse than Somalia.

A shallow , scheming , manipulator remarkable for overt opportunism and glibness cannot be a freedom fighter. A man of promise? A visionary rather than a scoundrel? Mbanu, no. And because the number of many lives and livelihoods needed to service these delusions , to catapult to a position of some influence , money and crumbs of power is subservient to such outsized ambitions , mania rather than sheer cruelty could be responsible.

Desperation impairs diligence and cautionary appraisal. When frustration and hopelessness engender or entangle desperation even a drug addict hallucinating in the right direction , any direction of remote promise, will be embraced. And they, his zombies, believe that Nigeria is a zoo. Yes impunity reigns here. But there is no lopsided distribution of social evils.

Prophecy has taken the place of philosophy, even in universities. And practicing atheists clothe their guiles with the refrain “ to God be the glory”. It does appear that any hallucinating youth , incapable of sobriety and self reflection let alone charity, can , if he chooses, become an emancipator, a messiah. Igbos have a God that is exclusively theirs, we are now told . Europe has a secret she wont admit – the realization of Biafra would end human existence. When he speaks red herrings, syllogisms, fabrications and confabulations tumble over themselves.

“ We are being deported and killed in Lagos. Our shops have all been burnt. So we need guns and bullets …… Everything happens in triangles, Hausa Fulani fixed Rochas in Owerri , once they take Uyo and Port Harcourt , we are finished “. He pauses and lets a sardonic smile create an impression of wizadry. Inscrutability is lent to the mundane to create mystery. Everything , blasphemy included, is done so barefacedly that cringing is forced on the audience.

Archbishops now sprout overnight, like weeds. So a depressed charlatan can look at himself in a mirror in London and see an emperor and look in the atlas, see Igbo land , and say “ Yes I can”. Yes, he is the leader of a new farce. The fellow whose pedigree needs some archeological excavation to unearth, in a society where even confessed fraudsters publish colourful biographies and flaunt their habitation of the National Assembly.

He remains deliberately as rootless as a ‘UFO’. But pedigrees and values and convictions are superfluities where vice competes with virtue for honors. The last time a similarly named apparition hovered around Abuja, he was choreographing a charade that was earnestly, in all honesty, yearning for servitude.

A Nigeria where equity and fairness reigns, where lives and property are sacrosanct, where potentials are maximized, is Biafran. It is not a sin, however, to seek self determination. It is not a sin to canvass iconoclastic political options and alternatives. But these endeavours must respect the rights of the collective enshrined in the constitution. Boko haram wants a sharia region and they could have gone about it sanely.

When greedy politicians recruited sharia to exploit the people they laid foundations for radical Islamic fundamentalism because they sold the counterfeit. They sought not societal transformation but private political profit. And that was why even boko haram managed to attract sympathy rather than blanket scorn in their early days. They came selling fake sharia. Things have gone full circle and the northeast is decimated.

March visited gnashing of teeth on may southern politicians . Let these politicians leave Biafra out of their intrigues. Ojukwu we know, Achuzia we know , Okpara we know, Mbakwe we know, Ekwueme we know, Nwabueze we know. But who are these? Sceva’s sons have arrived. Vanguard