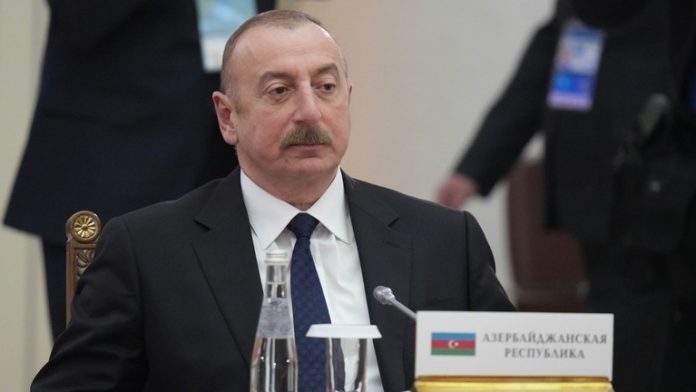 President Ilham Aliyev told journalists on Tuesday that Azerbaijan has no plans to engage in another military conflict with neighboring Armenia. Tensions between the two countries have been high for months because of the disputed region of Nagorno-Karabakh.

“We have no plans to start a third war [against Armenia],” Aliyev said, responding to reports in Western media that Baku may attack Yerevan’s forces in the future. All those accusing Azerbaijan of such intentions are engaged in a “dirty and slanderous campaign” against Baku, according to the president, who dismissed all rumors as “false.”

Aliyev blamed Yerevan for the September border clashes between the two countries. At the time, dozens of soldiers on both sides were killed in hostilities, as Azerbaijan and Armenia blamed each other for inciting violence.

“The September clashes were unavoidable,” Aliyev said, claiming that Yerevan could not accept the outcome of a previous conflict between the two neighbors, in which Azerbaijan gained territory in the disputed region.

“I hope [such incidents] do not reoccur,” Aliyev said. He also expressed his hope that Yerevan will recognize that “a peace treaty is unavoidable,” adding that the sooner this occurs, the better for the entire region.

The disputed region, primarily populated by ethnic Armenians, seceded from Azerbaijan in 1988 and established its own republic in 1991. Since then, Yerevan and Baku have been vying for control of the region.

Armenian Prime Minister Nikol Pashinyan said at a press conference on Tuesday that Yerevan was willing to sign a peace treaty with Azerbaijan if it served Armenia’s national interests. He also stated that if such a document were to be created, an effective compliance mechanism would be required. He maintained that signing the paper is insufficient, and that without an effective implementation mechanism, no treaty would prevent further escalation.

The prime minister also stated that “begging for peace” is absurd. Simultaneously, he stated that “we could have peace if we could establish tolerant relations with Turkey and Azerbaijan” through certain agreements. He expressed his belief that this was possible, because otherwise, any discussions would be pointless.