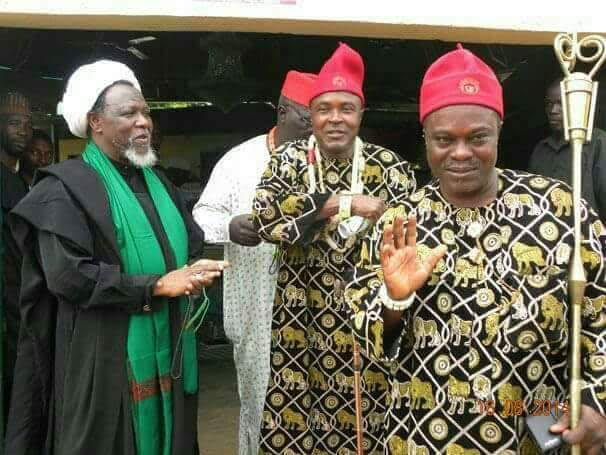 Over the years, Sheikh Zakzaky has inculcated into his followers the basic teaching of humanity: that we are all brothers in humanity, we are humans first before any religious beliefs or inclination. Nobody deserves an inhuman treatment just because of his or her faith and so on.

Every time there is public unrest in Zaria Non-Muslims usually troop into Sheikh Zakzaky’s house for shelter and they were never disappointed. He usually provide them with shelter, food and protection during crisis periods without hesitation on several occasions.

I learn from Sheikh Zakzaky that Faith is an individual personal affair between man and his God, and that good and bad people cut across all religions, tribe and region. He made us believe in the principle of only one race, and that is the HUMAN RACE.

But some undesirable Bloodthirsty Animals in human form hate this closeness of Shiites to Non-Muslims. Shiites theological teaching is based on HUMANITY, INTELLECTUAL PROWESS as the basis of human development, and JUSTICE as a solid foundation for peace and harmony among all humans.

Enemies of Shiites and Nigeria preaches and practice the opposite. Their taste for blood has blinded their eyes, it covers their hearts and hearing, as hate and animosity has become their way of life. Their hatred towards Shiites knows no bound, they only have one aim: killing and destruction of Shiites movement. Those of them in authority planned and staged a trigger incident that gave them the opportunity of mass killings of Shiites during the Zaria massacre in 2015. Then, they succeeded in arresting Sheikh Zakzaky and keep him under an illegal incarceration, and worst still defying a court order that ordered for his release.

Little did they know that TRUTH will always stand out clear from error no matter how hard they try to suppress and hide it. Sheikh Zakzaky has started reaping the good He saw, as many Non-Muslims are coming out to fight for His freedom. Their determination is inspiring even as security agents are threatening their lives, they refused to be deterred. Clearly, God is rewarding Sheikh Zakzaky for flying the flag of peaceful coexistence among all humans and against all odds. It pays to be good.

In no distant future the whole country will come to know the goodness of Sheikh Zakzaky and stand by him against axis of evil that are trying to see him death. The evil these wicked people committed will consume them soon. For their evil deeds, sickness na child play I swear. They live by the sword and they will die by it insha Allah very soon.