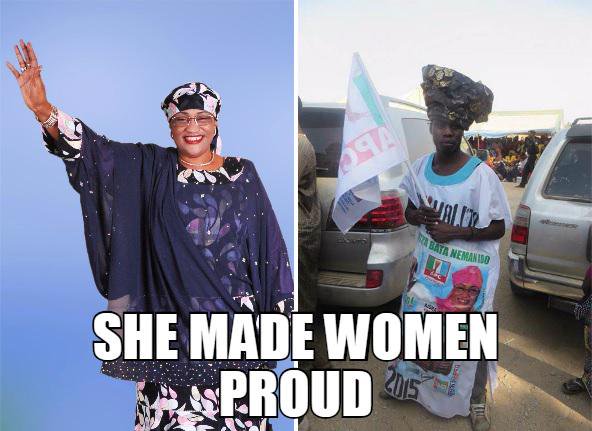 It is no longer secret that the result of the April 11 governorship election in Taraba state was annulled on Saturday, November 7, 2015. APC’s Senator Aisha Alhassan set to become the first female governor of Nigeria.

Believe it or not, the result was not really unexpected. A prominent Nigerian politician and expert Aishat Alubankudi did a sensational prediction on Saturday’s morning. The post that she called ‘a wishful thinking’ turned into reality several hours later.

“This is the most rigged election in the history of the world, Prof. Kyari must be arrested and imprisoned immediately. Thank God we reclaimed our mandate” (Hassan Ardo, APC chairman) vs Taraba tribunal sacks Darius Ishaku

“We are studying the outcome of the tribunal judgement delivered in favor of my counter part Jummai Alhasan and we will head to apeal-court (Gov. Darius)” vs “BREAKING NEWS: Taraba Gov Tribunal removes Gov Ishaku”

As we see, the predicted headlines were not really close to reality, despite being rather precise and funny. However, the ‘wishful thinking’ came true. Buhari’s ministerial nominee is set to become the governor.