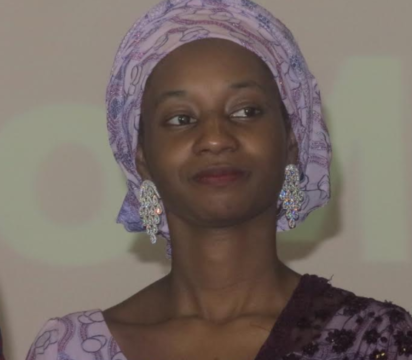 ABUJA – Daughter of the Emir of Kano, Muhammad Sanusi II, Shahida, has said her father had always wanted to be an emir, but that he would not for the sake of preserving his stool, compromise his integrity by aligning with those who punish the poor.

Saying that ‘When Patience Jonathan called those of us in the north almajiris, we got angry, but come to think of it, is that not what we really are?

Shahida who is the first non-titled individual to represent the emir at a public event, bared her mind Friday in Abuja at the maiden lecture to commemorate the abduction of over 200 school girls in Chibok, Borno state.

“My father had always wanted to be an emir, but that does not mean that he will now shy away from the truth. He was once suspended as CBN governor and he is not afraid”, she said, adding that everything in life is ephemeral as only God enthrones and dethrones kings.

According to Shahida, rather than fight critics, the north must do more to to change the rhetorics and be the master of her own destiny.