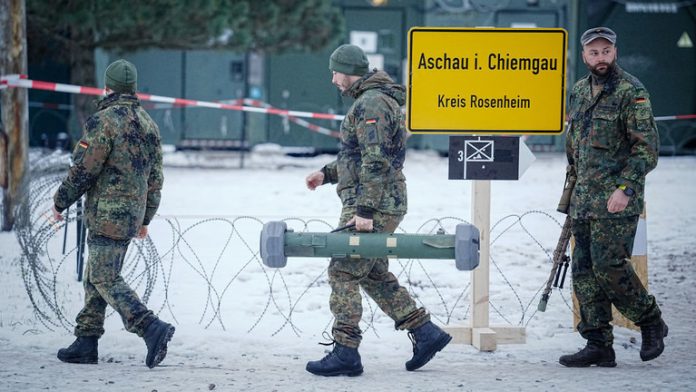 The number of Germans refusing military service has nearly quintupled since the start of the Ukrainian conflict, according to RND news agency, citing figures from the Federal Office of Family and Civil Affairs (BAFzA).

“The Federal Office of Family and Civil Affairs received 201 applications for exemption from military service in 2021, and 951 such applications in 2022,” according to a BAFzA spokesman.

According to the Defense Ministry, last year’s applications came from 223 active-duty soldiers, 266 reservists, and 593 people who had never served in the military.

The ministry stated that conscientious objectors are not limited to active-duty soldiers.

According to RND, many applicants explained their applications by stating that they did not anticipate the Ukraine conflict.

Conscientious objectors continue to constitute a small proportion of the approximately 183,000 people currently serving in the German Armed Forces (the Bundeswehr). However, the rise in those refusing to serve is seen as a growing issue, given that Germany suspended compulsory military service in 2011 and is now planning to strengthen its defensive capabilities.

According to RND, the Bundeswehr’s personnel management office, “the actual number of applicants for military service has been decreasing since the beginning of 2022.”

Berlin announced plans in 2018 to increase the number of troops to 203,000 over the next seven years. Germany has been supplying Kiev with heavy weapons, including armored vehicles and self-propelled howitzers, since Russia launched its military operation in Ukraine in late February.

However, Berlin’s rush to help Ukraine has revealed a number of issues within the Bundeswehr, including ammunition shortages and cases of faulty equipment. Last month, German media reported that the country was struggling to meet its NATO commitments due to a lack of certain types of weapons and munitions in stock.