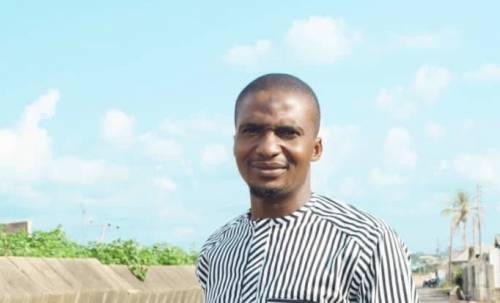 Abnormality tends to be a traditional way of worshipping in the realm of deceit and failure.

We suddenly became a scold in the eyes of deception by the preachers of ‘O to ge’.

The self-acclaimed “liberators”, who sent Bukola Saraki packing, ceased the air every now and then to preach the gospel songs of a new dawn to all Kwarans.

Our hopes and expectations were high, and we were at dying point to rescue ourselves from the dynasty and from the shackles of long time slavery.

We were being bamboozled and blindly indoctrinated with a tale by radio warriors with the likes of Prince Akogun Iyinola and Rex.

They were the captains and chief officers of deception, lies and propaganda. They both indulged a forceful marriage on us.

Today marks a year of new trajectory storyline in Kwara State, but nothing has changed. Governor Abdulrahman Abdulrazaq runs Kwara State as a personal business venture.

I once complained about a technical college in Ese; the school has been under rapid dilapidation since last year. The Governor visited the school the following day and promised to rebuild it. Since his visit to the school, however, nothing has changed till today.

Our education system in Kwara State is nothing to write home about, not to talk of our healthcare system in the State. Oxygen at the state general hospital in Ilorin is sold for N5,000 per person who need oxygen to breath.

Pregnant women are being humiliated and embarrassed by some of the attendants who issue them cards.

Mallam Abdulrahman Abdulrazaq has no clue about governance, he runs Kwara State as though it were his own personal business entity.

Surprisingly, those who milked our resources of yesterday in the state, have turn out to be new born babies in the eyes of today’s government.

Before the 2019 elections in Kwara State, okada riders were among the utmost priority as a score card to win election. They were mobilised and brainwashed by the existing indoctrination of the dynasty which everybody felt was time it ceased to exist.

After APC won 2019 elections, okada riders were abandoned. Many of the okada riders of today were artisans in the state, but because of the hardship in the state by the government of yesterday, it turned them into okada riders. They were promised to go back to their businesses by helping them to get a long time loan.

The ‘o to ge’ government of today has brought policies of hardship to all okada riders in the state. The government condemned the uniform they were wearing and made a new one for them, imposed a new tax policy on them despite paying their taxes to each unit and local government where they operate.

In no time, the new tax policy imposed on okada riders would definitely boomerang to the innocent citizens in the state.

The ‘o to ge’ families wake up and imposed at will tax policies on poor Kwarans without any public hearing to justify their claims.

If the so-called liberators in Kwara State can condemn the people of yesterday with their bad policy on Kwarans, I see no reason why the same “liberators” would fold their hands and watch innocent people suffer. We are not out of servitude yet in Kwara State.