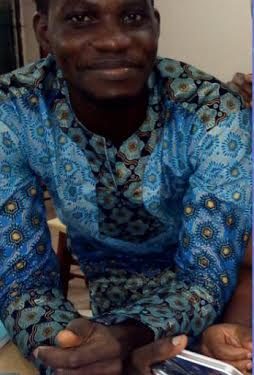 A tiny creature she was. At about 8:35pm by leaps and bounds, she replaced one leg with the other, the left hand bracing her tray and the right firmly locked onto her skirt – keeping it from succumbing to the gravitational pull of the earth. The lass of not more than six years and hardly standing beyond three feet above bare earth declined the gesture to offer her a lift.

Where are you headed?

“Agelaso.” She replied, a tiny suburb of Ajara, Badagry.

I took a second look at her and the two wraps of Agidi left on her tray kept me wondering whom to direct my silent indignation at: her parents whose difficulty in sustaining the family was so extreme that their ward had to join them in the bread winning adventure, or the country whose sons and daughters have become no more than vermin whose existence is irritable to the aristocrats.

She sells each for N10 and with the size of the metal on her head, hardly would she had left home with the edible corn extract of a worth above N200.

Can you identify your house on a bike?

As the discussion went on – perhaps as a sign of warning never to converse with strangers – she leaped on with giant steps.

Wait; let me get you a bike.

I walked to catch pace with her at the same time trying to get a bike. On getting one, I pleaded with her to ride on it yet, she refused. That was the end of it.

As she disappeared into the umbra of the artificial lightening from bulbs and lamps, every step she took takes her a step toward a possible disciple of ritualism – those sick souls who sees dollars in intestines and bulletproof in skulls– and every movement, a step closer to a bleak future. Now she will be beaten, not because she misplaced her school bag which children of her age are wont to do but because she lost track of time and sold till dusk. She was supposed to be asleep – entertaining the household from the dream world with sonorous replay of live events on the playing ground – but the “drive for wealth,” which Robert Heilbroner, in The Worldly Philosophers says “is the most worldly of all man’s activities” has pitched her against an odd world, at an odd age, carrying out an odd trade at an odd hour of the day.

It was an acquaintance of this sort that a 20th century American senator made which prompted his April 1934 address titled: Every man a king. “Is that a right of life,” wrote Huey P. Long “when the young children of this country are being reared into a sphere which is more owned by 12 than is by 120 million people?”

A nation can be forgiven for the murder of mothers but never for reducing their children into chaff. I beamed my thoughts on this tale in order that it may serve as a precursor to the foundation of the rot that has reduced a once promising nation of ours to this state of Hobbesian.

They have stolen that which belong to previous men as they continue to steal those of future generations. They inflate contracts and apply for loans, all in a bid to satiating their insatiable appetites thereby reducing the citizenry to pigs and worms.

Ours is a b-space. In algebra, the intelligentsias in that arcane field of study call it b-tuple. As one spent billions to run computer software’s, another allotted huge amounts to the sinking of a few boreholes. It’s a huge mess they’ve made of the country, one that although the new government is fighting to set a template of sanity, only a miracle will make the fruits blossom in this generation.

What could make a man steal so much while his neighbors die of thirst? The lanky activist, whose heroic acts made him a father of sensitive activism summarized it all. “Turn to the birds and beast, and what do you find?” says Mahatma Ghandi, “They never eat merely to please the palate, they never go on eating till their inside is full to overflowing. And yet, we regard ourselves as superior to the animal creation! Surely, those who spend their days in the worship of the belly are worse than birds and beasts.”

They stole so much that they began stealing what they did not need, making their bellies gods’ and anuses, their Satan.

As Ghandi wrote, even the birds don’t do that.