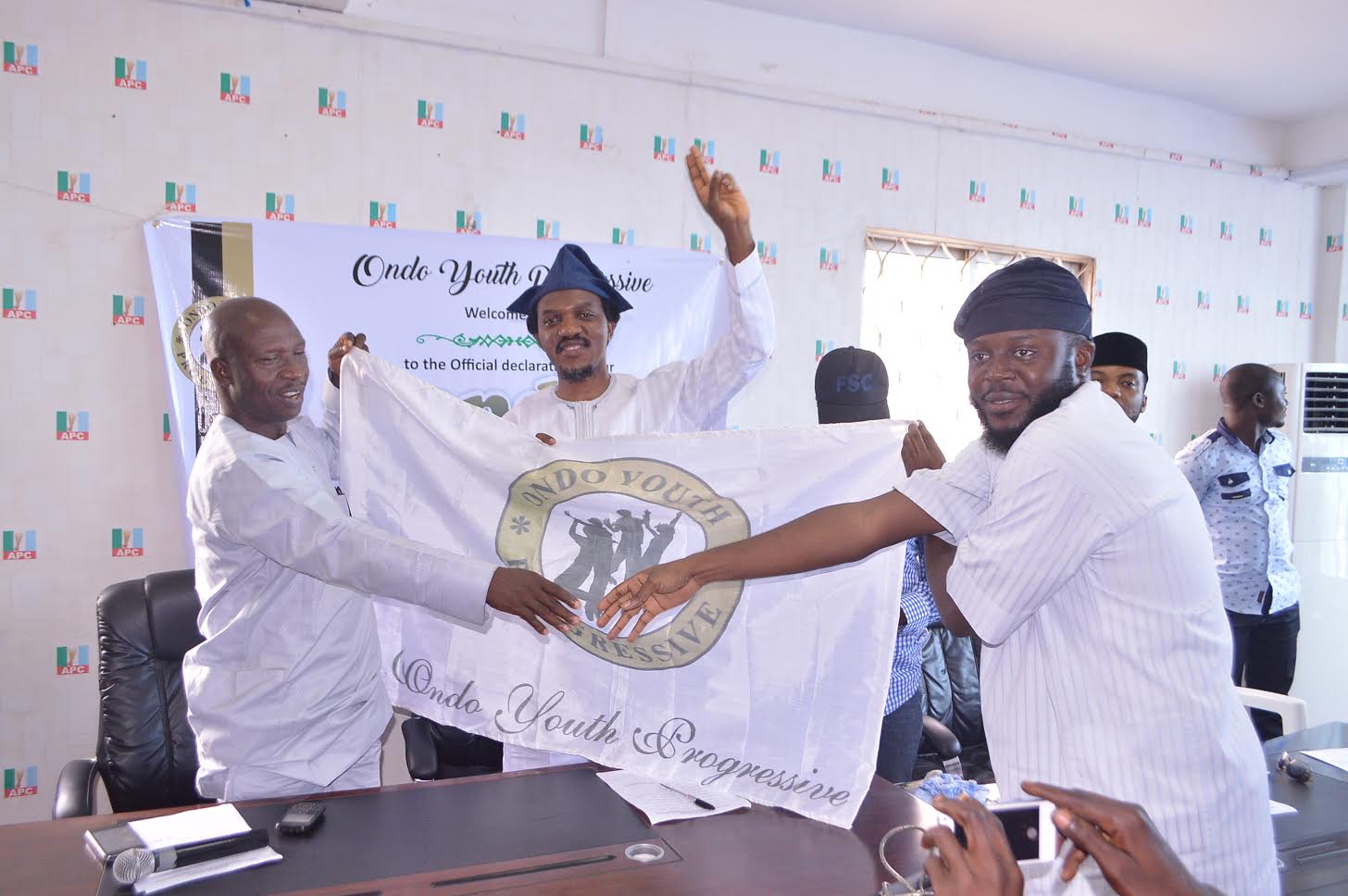 Akure was figuratively set on fire yesterday as youths under the banner of the APC from the 18 local government areas stormed the party secretariat in solidarity and to demand inclusiveness for the youths and the adoption of one of them as the gubernatorial candidate of the party.

The youths in their hundreds were led by Comrade Olaniran Leo, a strategic media specialists, and were received by the state’s Secretary of the APC and the leading youthful gubernatorial aspirant Engr. Tunji Light Ariyomo.

Amid songs and the roar of Imole, the nickname of Ariyomo, the youths tabled their expectations and their determination to ensure that they mobilize support for the APC in the coming election. They made it known that they invited all aspirants to the rally but only TLA (Ariyomo) turned up.

The atmosphere became excitedly charged when Ariyomo took the microphone to address them assuring them that the party will in its wisdom pick the best candidate that can deliver in office as well as the candidate that offers the best chance at winning the next guber election.

He used the opportunity to commend the “high integrity capital’ of President Buhari and warned that only a candidate that the people galvanize towards can win the coming election as the President is not the type that will bend the rule through rigging and other vices.

He commended the youths for standing up with such huge numbers within a short period of time. 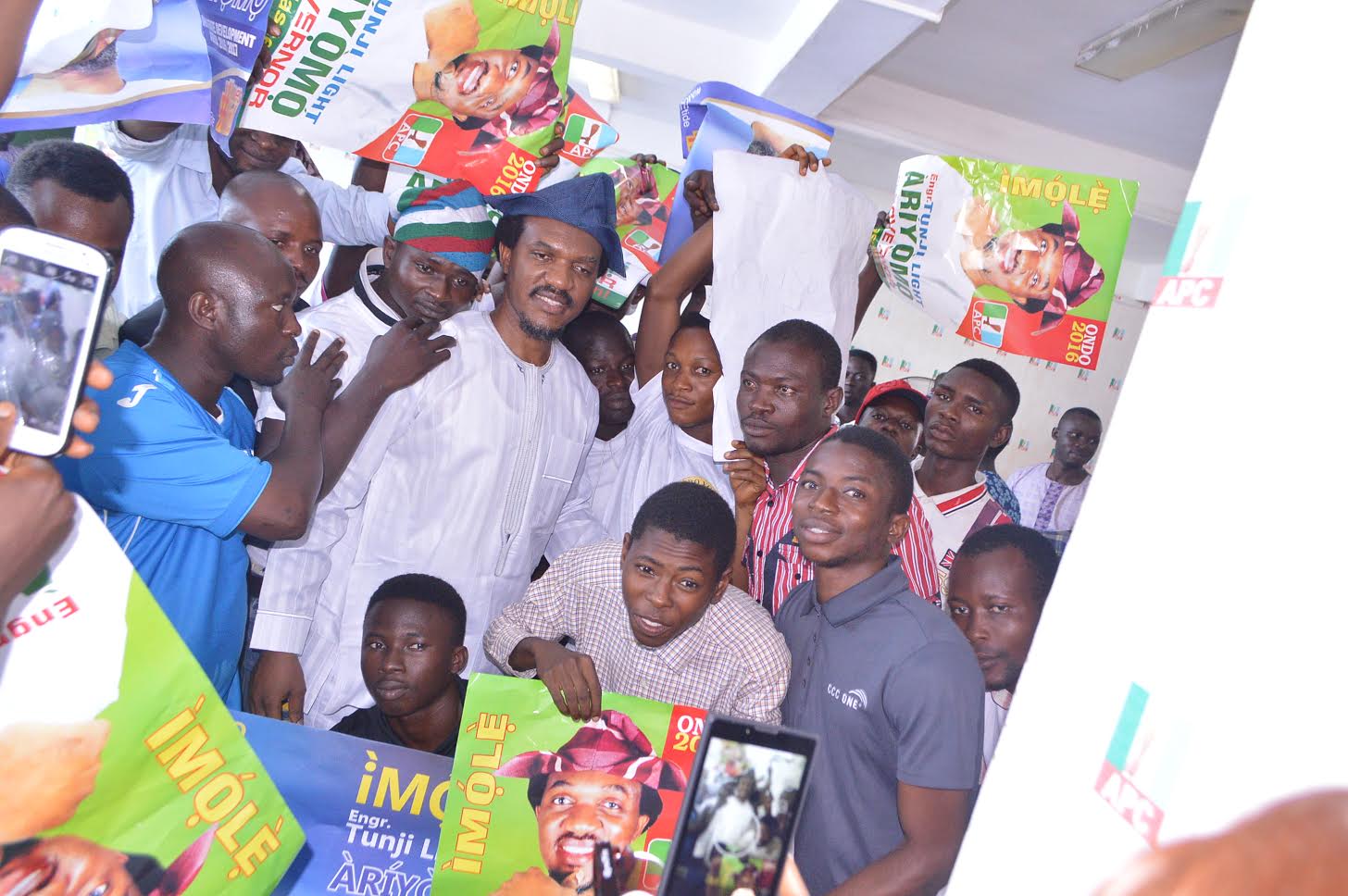 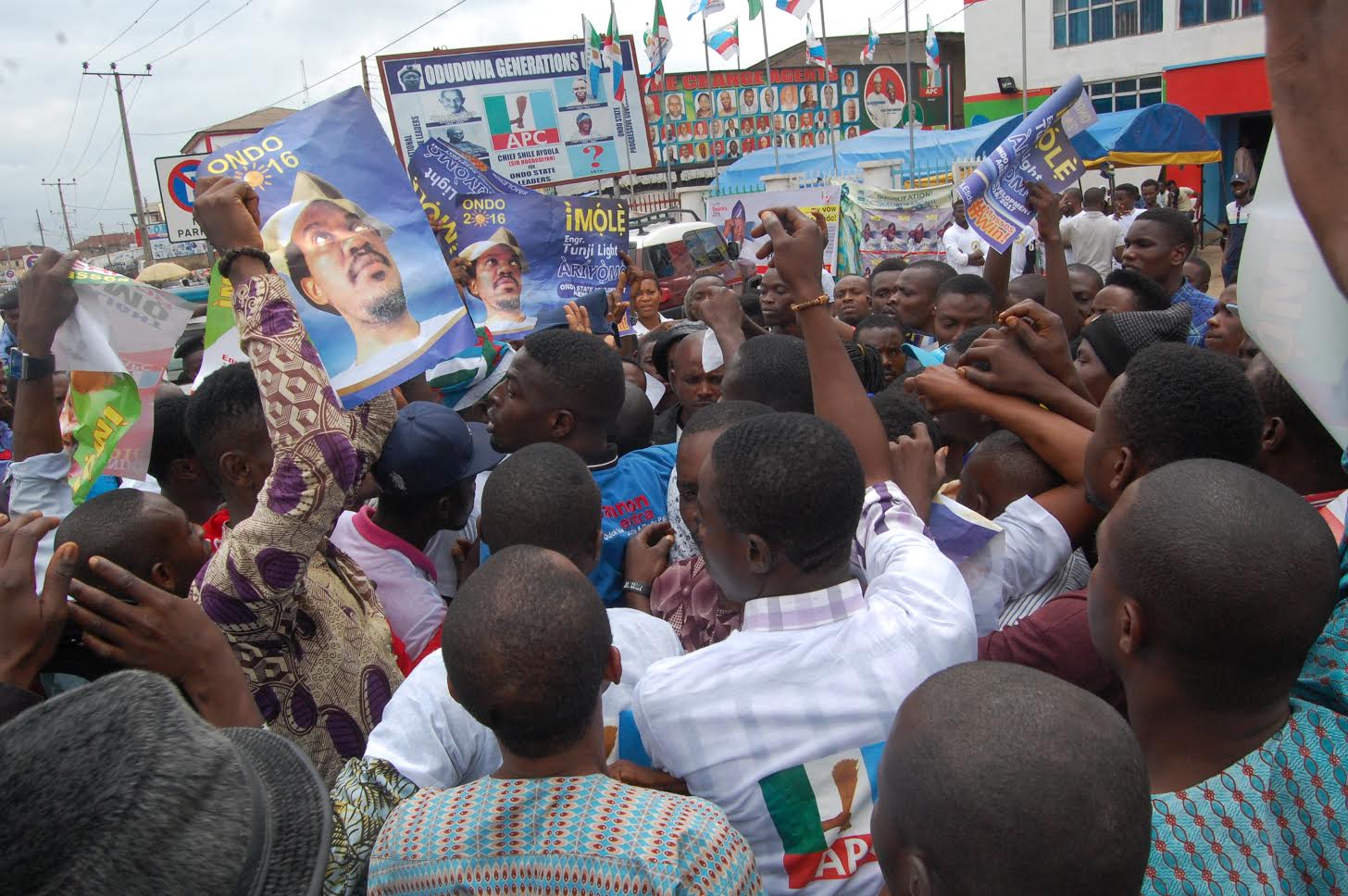