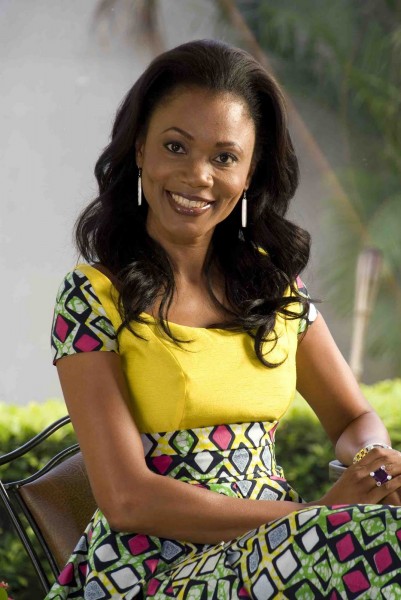 The thing about age is, it is catching. It’s like a hysterical jester lying in wait for the fool. I want to tell you about Mrs Okoro. Before l turned nine, school was a vaguely irritating distraction from the pursuit of happiness in play and adventure. Every school day, I’d wear my red checked dress and burgundy beret uniform and passively submit to school. l was not a rebellious child. I was a bored child who daydreamed through classes until lunch when the school served asaro and chicken with bananas and ground nuts as snacks. That was until l got to Mrs Okoro’s class.

Mrs Okoro made letters become words, words which became stories, stories which became my life. I loved her dearly, perhaps it was transference as l’d recently lost my mother but at nine, l started going to school because she was there. One day walking out the gates after school, l saw Mrs Okoro getting into a bus ahead of me so l ran across the road to get into the same bus. I didn’t bother checking for traffic. The next thing l remember is thinking heaven looked rather like Akoka road. I had been hit by a car and was staring up at the concerned faces of Mrs Okoro and others. The driver was distraught; he was a student at Unilag and in the moment before pain cut through my adrenalin, l remember being happy l had been hit by a grand university student not some infernal danfo bus driver.

He took me to the university health centre where the nurses gave me a large cone of ice cream to comfort me before treating me and putting me in the big university bus home. My heart was swollen with pride as the shiny big bus drove down our dirt street in Bariga. Not a dime was exchanged, no one called my father at work, there were no mobile phones and we had no phone at home. There was no need; the system took care of me.  It was Nigeria 1980.

Recently on my way out of Nigeria, the Murtala Mohammed airport was thrown into chaos, people were sweating and swearing, passengers stranded as all electronic equipment had stopped working.  The place stank because there was no water to clean the toilets.  I watched the white airline crew walk by with barely contained derision as they gingerly sidestepped the mess. The problem wasn’t that there was no electricity at the airport, that’s normal; it was that someone had not supplied the diesel to run one of the generators.

I sat in a corner, observing people; those who fascinated me most were the band of men, mid thirties to late forties, Nigeria’s emerging business and political elite. I recognised them by their Louis Vuitton luggage, logo jacket and velvet slippers, disguising their social anxiety with an unabated desire for the pointless. Seemingly oblivious to their environment, they strutted about backslapping and rolling their r’s, being cocky, rude and dismissive to everyone.

What stuck me most about these preening peacocks though, was their total lack of shame at the state of things. They are the band of new-Africa-rising, proudly Nigerian jingoists, living in a glass bubble as far removed from the Nigerian reality as you can get. For them patriotism is not a recognition of failure and a determination to redress it, but a slogan to be worn, tweeted or liked.

Later on, crammed into a rather unsanitary first class lounge, I watched them posturing for furtive young female travelling companions, clearly under instructions to pretend not to know them. The odd thing is that these are no corn farmers made good from my native Ida ogun, these lounge dwellers are very well educated and uncommonly well traveled Nigerians. A defective fraction of the immense amount of brainpower and knowledge Nigeria has produced. They help prevent their peers fulfilling their potential and a pool of brilliant thinkers, explorers, scientists, innovators and artists is lost, squandered by a nation that strangulates its best.

I often hear foreigners perplexedly comment that Nigerians are some of the best educated, urbane and confident black people they have ever met, so how come the country is so, well, Sh_t?

One reason staring them in the face is that, the best-educated, urbane and confident elite they delight in meeting has failed us.

The question therefore should be, what is it about the country that makes it impossible for its bright, hard working, resource rich population to organise itself into collective prosperity? What is it that turns some of Nigeria’s brightest technocrats into hand wringing, head-scratching incompetents when they achieve power?

You see, Nigeria was founded as an economic proposition to collect and remit resources to the empire, with the British government entrenching a feudal, centralized, western-education-phobic elite in the North and a westernized, Judeo-Christian, anglicised elite in the south.

On departure, these elites with their distinct cultural differences but common goal of avarice became the new imperialists. Imbued with a servitude underpinned by self-loathing and a voracious appetite to mimic their former bosses, they confused westernisation for civilisation and like all counterfeiters concentrated on the surface of things. Thus, to their thinking, the more resources of the land they could coral, the more trappings of the west they could possess and the more civilised they could become.

For this elite, the rest of their kith and kin fill them with unease and even disgust and they condemn them to poverty and a passive consumption of other people’s science, innovations, religions, art and technology as though such achievements are beyond us. They also condemn their own children to future poverty not just material but emotional and cultural. Notably the stolen wealth hardly outlives the first generation.

Each time the elite is replaced, it is by a new generation similarly afflicted and culturally insecure with the same desire to fraudulently acquire a large share of the common wealth themselves.

This is self-loathing in action. It is a terminal disease.

Our common humanity and civilisation should be guaranteed by carefully protected, ever evolving structures, systems and processes, which reflect all our highest values and aspirations. Kajola ni Yoruba nwi.

The system designed by the British was to serve the big empire. It was not designed to work for us and never will.

We all know this and every so often the government of the day will propose a state sponsored jamboree to endlessly chew the curd of that vexatious issue of reform, only to artfully spit it out when the people are sufficiently distracted by the increasingly circus-like, mad-max dystopia we are living through.

The dysfunction at Nigeria’s heart remains because it serves the interests of whichever big man muscles or cheats his way into power. (Note; I said man, the system will never allow for a woman, at least not a woman who won’t do the needful.)

The subtext of Obasanjo’s recent letter to Jonathan is what they used to call two fighting boy and boy in the streets of Shomolu. The people can sense this it is not their fight; they are as disconnected from the elite as the elite are from them.

They know their place is to submit and dream. They want to be the next big cat. They have no real distaste for those who have stolen their future; often they just want to replace them. The grudging admiration seeping through their envy fuelled whimpers of protest reveals fragile egos easily stroked by association with those who have raped them, then thrown them a bit of Vaseline and warm towels.

They desire to be the ones at the airport with the designer bags and unplaceable accent. The one’s who are gearing up to follow the path of those before them. To flaunt luxuries but live in situations so far removed from the vision of life those luxuries where designed for. When Karl Lagerfeld designs each Chanel bag he cannot possibly envisage it may end up in a place where the carrier can be dragged out of a car and raped in daylight with witnesses and no repercussions. Yes that happened. The baubles do not make us civilised, a country built on a political structure that allows the creativity, innovation, and talent of all to thrive does.

Nigeria in 1980 was by no means a perfect place but would my counterpart in Shomolu today have a Mrs Okoro or such access to public health care?

Let us sound a warning to our “betters,” as they push and pull the country one way and another in their hustle; it is untenable, there will be a snapping, one, which no one can predict.

So what shall we do? What will the young intellectual elite of today do differently?

A youth cultural revolution of ideology and values perhaps? Jettison the hypocrisy, the pseudo religious, anti women, anti children, anti poor patriarchy. Turn away from the bigotry, the megalomania, and the cultural bravado. Free yourselves and your future. Speak the truth to power and each other, not just on twitter, to face. Refuse to participate in the racket, the hustle, and the lie. Be better than that which is on offer.

What we think, we become. ”

Start now before you become the company CEO, the minister, the commissioner, the senator. Lead from within and without.
Abraham Lincoln once said of citizens desiring change; make me. Make your elders and leaders take you seriously. Help the few good men and women in power by showing there is a generation who can and will stand with them. Insist on the structural and constitutional changes that which will free our collective creativity, innovation, science, ideas and culture.

Civilisation is neither westernisation nor exclusive to other climes. It is building a society on values and institutions designed to protect not the strongest but the weakest as we are only as strong, as honourable, as respected and valued as the sum of our weakest parts.

Now what? My job is to tell stories with context, sometimes l don’t know the end. Write your own ending. Shape history.

– This is an open letter to a new generation recently delivered by Funmi Iyanda at the ThinkOyo 30under30 Awards.