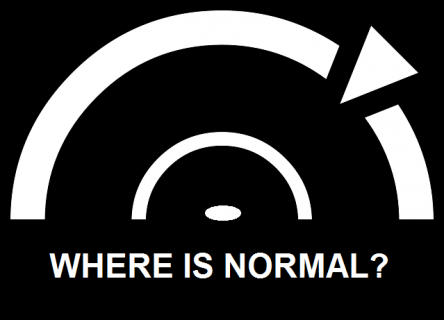 The Senate passed this since December 2011. The bill has been on the President’s desk since May 2013, when the House passed it; he just got to signing it.

Here are some peculiar points to note in this matter.

Timing of the Protest against the Signing

The 13th hour timing is totally off. This bill has been on Nigeria’s Presidents table for months. Some of us have written and expressed our minds in relation to this topic, prior to his signing the bill.

Recently there was an initiation of legislation to punish so-called facebook activists. People responded promptly and prevented legislation moving forward in that case.

If Nigerians seriously opposed this anti-gay bill, we should likewise have moved forward firmly and strongly against the initial stages of it passing the senate and House before it got signed. Protests after the last minute are simply not serious.

These are Anti-Democratic Protests

Nigerians love breaking and disobeying laws. Do we really believe in democracy or do we silently push for authoritarian rule? We voted in lawmakers, they proposed the bill, the house and senate who represent us overwhelmingly voted for the bill, this was passed to the President, who signed in the bill ‘we’ presented as represented by our representatives.

To challenge this bill will be to challenge the entire democratic process and system. I would go for that. I am interested in an entire review of the western democratic model we have adopted. It is however conflicting and disingenuous to pick on single items that are the direct consequence and product of the democratic system ‘we’ believe in, and demand the President single-handedly veto the best results.

Do we likewise wish him veto all majority senate and House choices?

What is that? Nations choose their rights as best applies to them or as is defined by religions. There is no such thing as universal rights. This is an illusion that usually starts from a 5 man lobby in a western country.

As odd as these might seem, these are ‘legitimate’ rights of consenting adults so long as religious boundaries and principles are not employed.

Marriage is a religious institution, owned and defined by the religions. It is not a natural or biological one. Incest is religious terminology and not scientific or biological restriction.

Adults can demand rights to incestual relationships. People who do not believe in God are actually demanding such rights.

Therefore rights must be determined by societies in keeping with their cultures and religions and what they can handle.

There is a limit to what Africa can handle and test.

So far, the societal health and herd social implication of long term, prevalent homosexual relationship is just being determined. How this impacts children, heterosexuals, the society at large.

Teaching little children new definitions of marriage, banning words like ‘mom’ and ‘dad,’ and the like, as is required and being instituted in true plurisexual societies. These are complex equations the western world is just figuring out.

We must admit that the signing of this bill was a true dividend of democracy… at its best. I believe opposed Nigerians should respect the law and process of our ‘beloved’ democracy. Or be more honest and challenge democracy itself and the nations that constitute the larger Nigeria if those who wish Jonathan did not sign, desperately wish to have their revered ‘western universal laws,’ enforced in some new western culture nationettes, that reject the more popular African socio-culture.

This is my advice. Democracy did this, not Jonathan.

This is not one case where we can throw jabs at Joe.