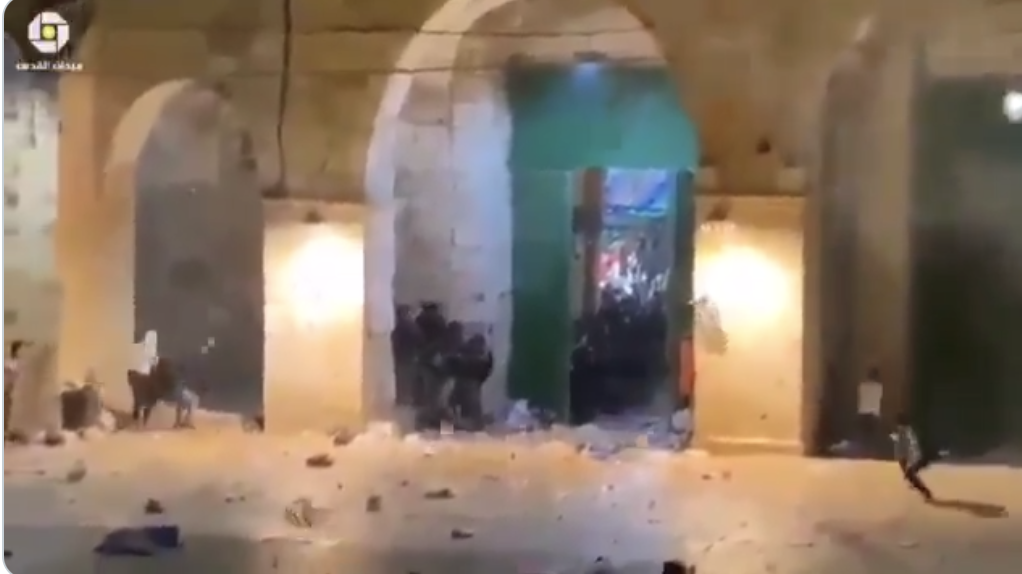 Massive clashes broke out between the Israeli police and Palestinian worshippers who took to Al-Aqsa mosque in Jerusalem, as tensions over the pending eviction of some Palestinian families boiled over at the end of Ramadan.

At least 205 Palestinians were injured in clashes with police across Jerusalem on Friday, including near the Al-Aqsa mosque, the Palestinian Red Crescent said. Dozens of people were hospitalized, with the most affected suffering injuries to their faces and eyes after being hit but rubber bullets and shrapnel from stun grenades.

Shocking video coming from the Haram al-Sharif, where Israeli border patrol attacked worshippers tonight, in yet another act of provocation during this month of Ramadan. It seems Netanyahu's police are working extra hard to cause a breakdown. Worrying. pic.twitter.com/T2It7S4PyS

Earlier, the Israeli media also reported that at least 12 police officers suffered injuries. Fierce scuffles broke out after the Israeli police deployed large forces to the Al-Aqsa mosque, where tens of thousands of Muslims gathered for the last Friday prayers of the holy month of Ramadan.

The worshippers started hurling chairs, rocks and shoes at the police that responded by using rubber bullets, tear gas and stun grenades. Footage published on the social media show crowds throwing what appears to be pieces of furniture and rocks at the officers in riot gear amid the thin plumes of what appears to be smoke or tear gas.

Masjid al-Aqsa has been transformed into a deadly battlezone tonight.

Over 50 musallees have been injured including children.

This attack has occurred on the 26th night of Ramadan in Palestine. Salaah continued to be led amidst chaotic scenes.

Rubble has been seen strewn across the affected areas of the Masjid and paramedics were seen scurrying to assist the injured.

In a further development, Israeli forces stormed the sound room at Masjid al-Aqsa and disconnected the wires for speakers such that announcements from the Qibli Musallah do not reach other parts of the Masjid.

In addition to the actions at al-Aqsa, the situation is volatile in the Old City and Sheikh Jarrah as well. Israeli forces are restricting entry to the Old City to residents.

This is a developing story and the situation is grave. Please remember Masjid Al Aqsa in your Duas