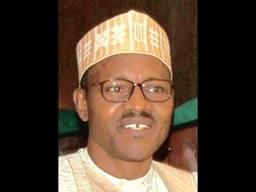 The political situation in Nigeria is tensed. Politicians are warm, desperate and sceptical of the political arena. In Nigeria, politicking is all about money, incumbency, office and “god fatherism”.

The ruling PDP recently endorsed President Jonathan as its sole candidate for the 2015 Presidential election. For the opposition party, APC, the atmosphere is also heated. The bearer remains vague. Many contenders are now joining the race. Gladiators are showing their strength and manipulation power. Among the contenders in APC is General Muhammadu Buhari (GMB).

Genral Buhari, is a Fulani by tribe and was born in 1942 in the ancient town of Daura in Katsina State. GMB was a former Military Head of State, Minister of Petroleum, Governor of the North Eastern region and finally retired as a Major General.

He is one of the greatest leaders Nigeria has ever had. A disciplined and courageous military officer, GMB fought corruption during his tenure and also established War Against Indiscipline (WAI). The creation of the Nigerian Security Organization (NSO), rejection of the IMF loan, policies and the devaluation of Naira by GMB was among the brave decisions he took while leading the helms of affairs of this great country.

According to New Africa Network, the Petroleum Trust Fund (PDF) under General Buhari was a rear success witnessed in Africa. Even after the coup that ousted him out of office, General Buhari returned to Nigeria.

I don’t belong to any political party in Nigeria. But it is worthy of note that the 16 years of the ruling PDP is a failure. The opposition is redundant and not willing to challenge the ruling party. The APC is not meeting our aspirations. But for it to be revived, they need General Buhari.

Some argued that General Buhari over 70 years and even the developed countries are having young leaders. Matio Ranzi of Italy; Barrack Obama of USA; David Cameroon of UK are always the citation. But even Ronald Reagan was 70 years when he became President of the USA; may be they are forgetting that. What we need is experienced, honest and upright leader that will bring positive changes to Nigeria.

An average Nigerian politician lacks patience; they want to get what they need immediately. If they Mandela spent his youthful age in struggle for South Africa’s independence before he finally became President in 1994. Auun Sa Sukiyi spent 22 years in house arrest before becoming a parliament member. Current Niger Republic President spent over 20 years in the opposition. He vied for elective positions three times before he finally won the last election.

We will also tell the GMB story.

It is clear that the present regime only brought mischief to the masses. The missing $20 billion Dollars are among his top achievements. Nigerians must rise against tribal and sectional sentiments. We must look for a competent and the best among the candidates to lead us come 2015.