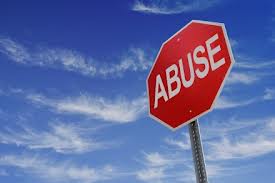 Going by recent cases of wife abuse by “football” players that are lucky enough to break away from the bottom of socio-economic class in United States, one would think only rich black men abuse their wives. The fact is, it cuts across all classes, race and countries. The Problem: making African Americans the poster boys for all negative images. How soon we forget Deion Saunders with court custody of his children, some like him, that is still abused by ex-wife and her friends.

If they are not good enough to be the mother or father of your children, they should not be our spouse in the first place: an old advice from an uncle. We treat mothers well to keep children we love and care for very much. So chose women you can love and respect enough to be called the mother of your lovely children not the sexy you despise, take advantage of and abuse.

The notion that women stay with abusers just for the sake of their children is no more tenable. We have to balance the sanity and well being of the young mother to be strong for the children with the selfish notion of living with an abuser that are good only to his children while abusing his wife. Some mothers claim they would only leave after the children are older or in college.

By the time mothers get to that point, they must have sacrificed everything with a little left to live and depend on, except the same abuser. Indeed, that makes it harder to leave the abusers later. In the words of as an abused mother, she would have been spent and less likely to find another man in her older age. It led to the breakup of the marriage because the man claimed he gave her the chance to meet another man in her late twenties before she got older.

In communities where men dominate and are strong, we find more women willing to tolerate abusive men up to a point. It depends on the social welfare available to the women. Countries that are generous and sensitive to women and their children provide healthcare, food and cash assistant to single women head of households. Other communities indirectly punish women without a man at home, especially in those countries where minority men are powerless.

How do we handle great fathers of their children but abusers to their mothers? The answer to that is to remove either the abusive father from home or get the mother a tolerable place to raise their children. A good father may not be a great daddy or vice versa, whatever that means. While mothers are far more important in children’s life than their fathers, the growing numbers of mothers with multiple men in their lives are detrimental to the future of their children.

They are the children disproportionally represented from single households in the correctional system, those without high school diplomas, higher rate of truancy and usually ending up at the bottom of the social class noted for indirect retribution. The reverse is also true that the more households with two parents at home, the better their chances of completing high school and getting into college. They are more represented among the higher income earners.

The two main reasons for disputes between couples are money and infidelity. The two may also be reasons some women decided to or not stay with abusers. Money and lack of it is no brainer since it is needed for survival. Infidelity depends on who was cheating or cheated a couple of times and got caught. Women are more forgiving than men generally, but there are exceptions.

Once a good father or daddy, we would expect a good husband as well. But what changes a good husband into abuser may be related to the two evils: money and infidelity. These are the two areas where men become jealous and enraged. A man without money in the home is no man as far as most women are concern. A woman that cheats couple of times may be forgiven, not the one that does it for a hobby or as a part-time job; unless the man is complicit as a pimp.

Abuse is abuse, no matter what the woman does. Most communities respect a man that lets a woman be where she wants and who she wants to be with. If she had decided she wanted to be with another man and not the abuser, she should be free to do so. She could have been attracted to the abuser for variety of reasons including good behavior before marriage, money or privileges she wanted to hold on to.

If your woman cheated on you, you are either becoming boring, need to introduce more zest into it or she felt like getting back. She was not your child and you could never whip her into submission. Check yourself in case there was something wrong that could be corrected. In cases that could not be handled between couples, a trusted third party agreeable to both couples may be involved. As long as it is not systemic, habitual or an addiction, it could be rectified.

However, sometimes the wish is to get in and get out as soon as he or she could get what is wanted. They call those gold diggers. As long as they got their gold, they were ready to move on with the next person they would rather be with. It might work out with one man or many men. The unwise choice of women could be questioned but not the excuse for men abusive behavior.