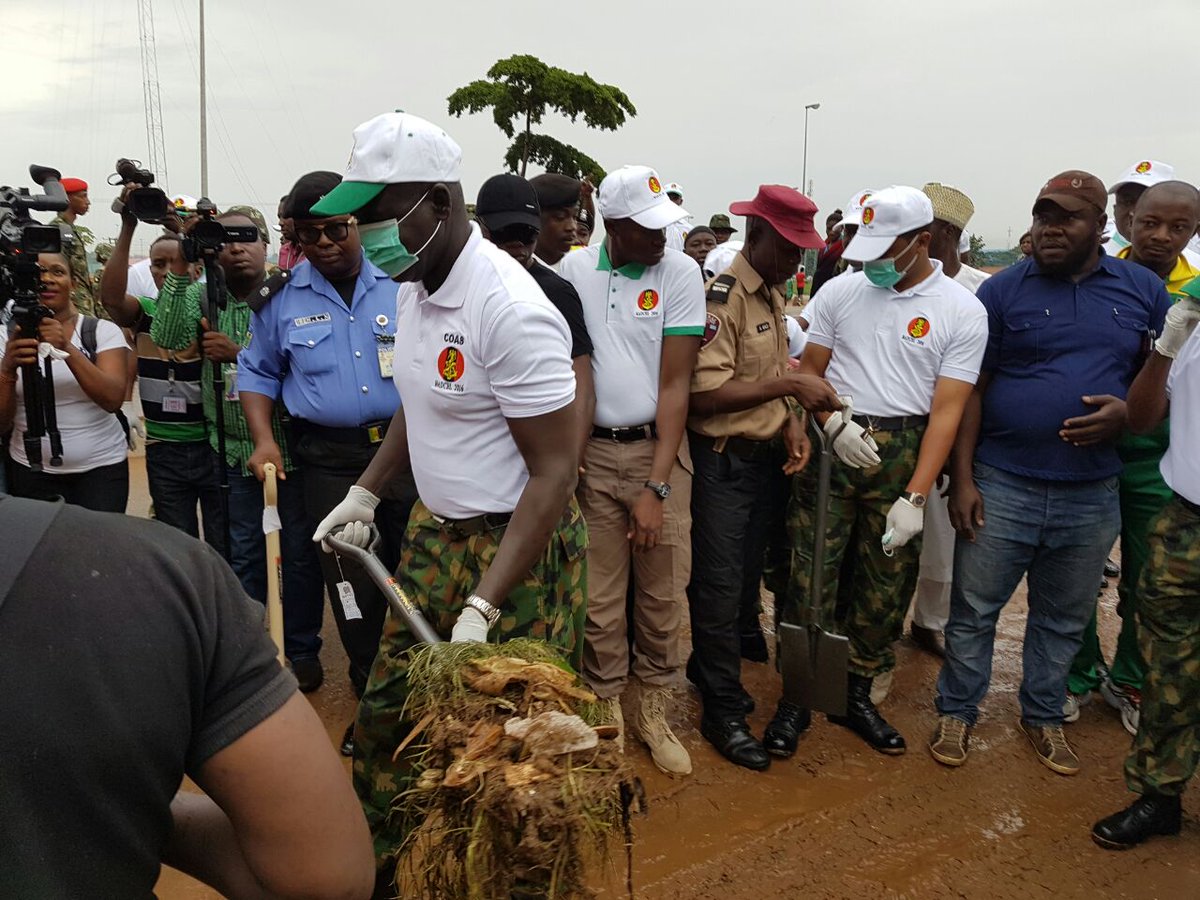 Putting aside the recent controversies over his ownership of property in Dubai, United Arab Emirate, the Chief of Army Staff, Lt Gen TY Buratai is leading his men in the celebration of 2016 edition Nigerian Army Day Celebrations, NADCEL, an annual event which was first celebrated on 6th July 1978, in remembrance of that historic first shot on 6thJuly, 1967 which marked the commencement of the country’s 30-month civil war. 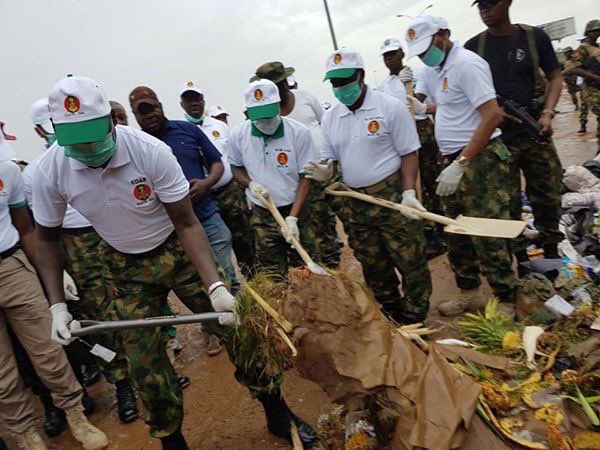 One of the programmes lined up for this year’s celebrations is an environmental sanitation exercise along Abuja–Keffi Road.

And like he has done since he became the COAS, Buratai on Saturday morning led his men for the cleanup of one of the dirtiest part of the Federal Capital Territory.

Even more significant was the fact that the take off of the sanitation exercise was at the now abandoned Nyanya bus station.

The bus station has been out of use since Boko Haram suicide attack on early morning commuters which led to the loss of over 100 lives and destruction of over 50 vehicles on April, 2014. 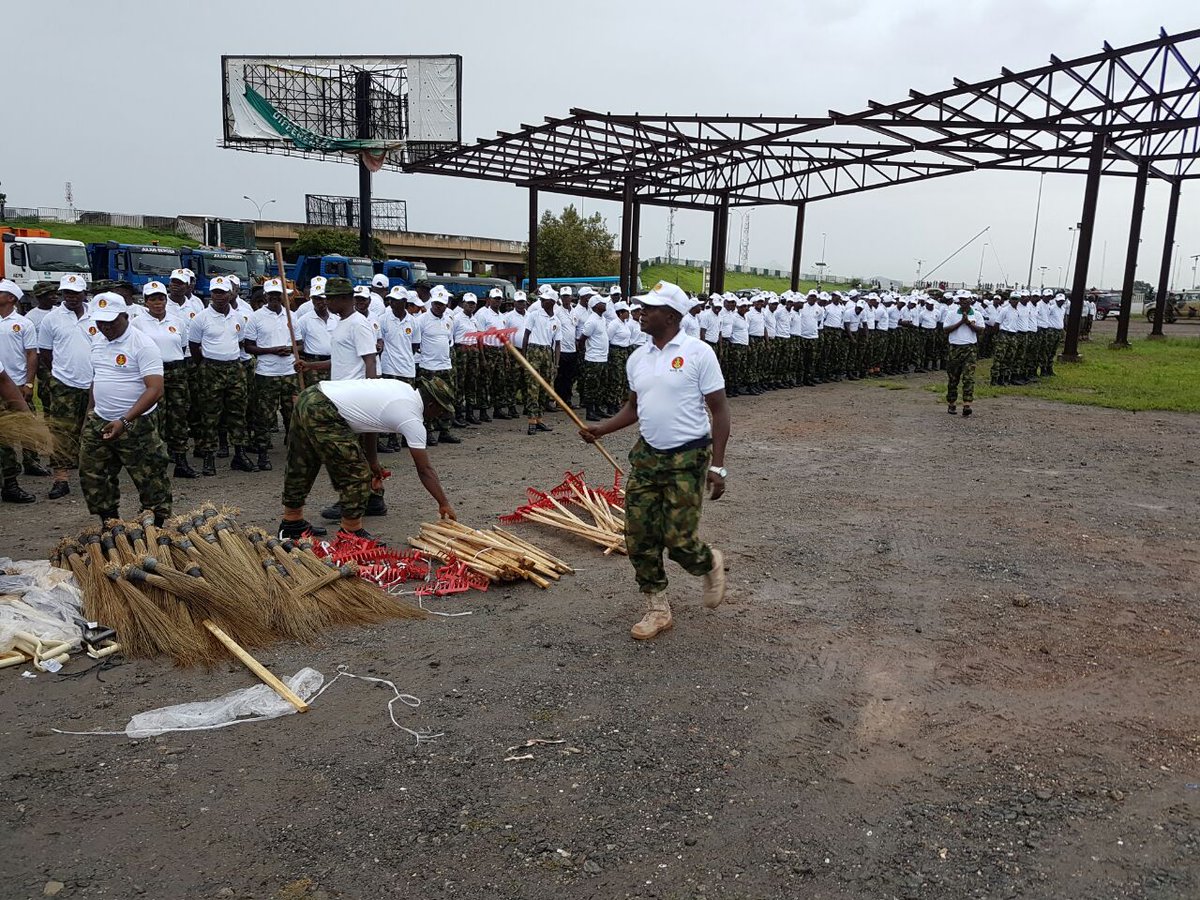 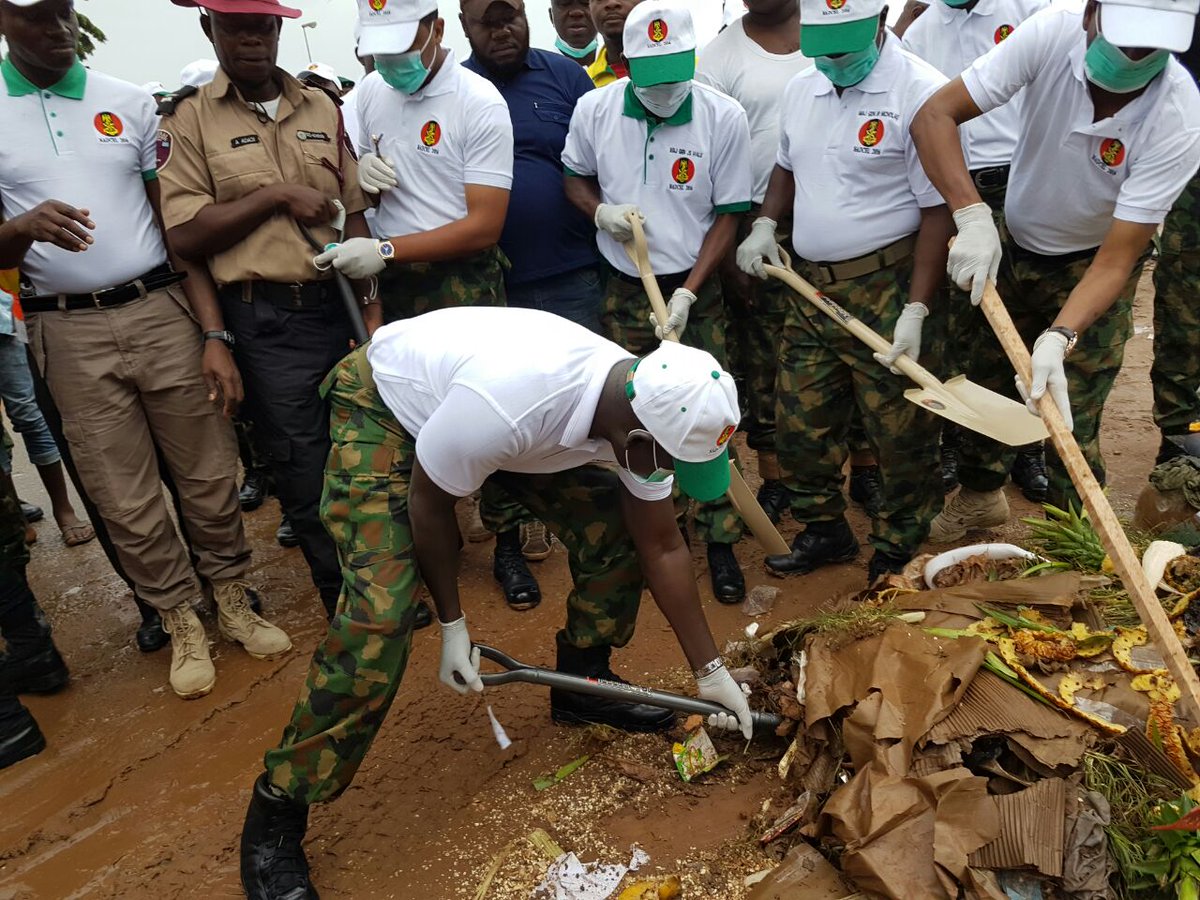