As more evidence emanates in the massacre in Zaria of the Islamic Movement the last coupe of days, a picture has emerged that shows what appears to be Islamic Movement militant youth, armed with dangerous and deadly weapons including very long swords, clubs and sticks while in the company of the Nigerian military.

With such evidence, the use of force by the military would be well justified, though excessive force and wild massacre is hardly ever appropriate. 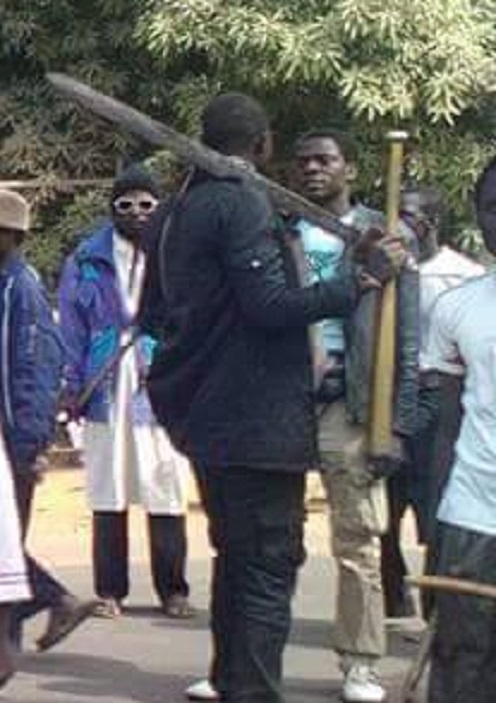 While the July 2014 atrocities against the faithfuls with the murder of three of the leader’s sons and thirty one others, that are yet to be addressed by the Nigerian authorities may have caused anger towards the authorities and military, the Islamic movement would be in great error to assume that being a large movement in the millions, they are now above the law and have the right to carry and intimidate with deadly weapons.

Group leader, Sheikh Zakzaky who had earlier said he was going to Husayniyyah house to join the members being killed was found by the Nigerian military hiding away in a ‘bunker.’

He had sustained three shots according to reports and appeared to have been tortured with bloodied face. He also in images appeared to be dragged on his behind by the Nigerian army. At least 100 members were killed.

We will bring more updates as we get them…