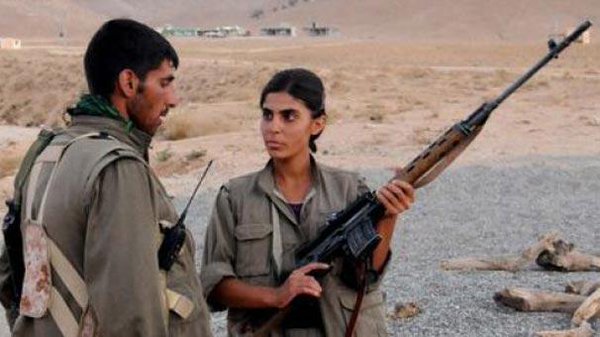 Last week, Turkey experienced the worst-ever terrorist attack in its history when two suicide bombers blew themselves up at a gathering organized by peace activists in Ankara. It is no secret that Turkey has been facing terrorism for years but the latest attack and the resultant death toll has surpassed all previous incidents in brutality.

Like the previous terrorist attacks in Diyarbakir and Suruc, identity of the attackers and their backers remains shrouded in mystery. Whatever is currently being reported about the identity of the terrorists and their affiliations are mere speculations or analyses. Columnists and politicians are making guesses in this regard on the basis of their personal political opinions. This situation is only further polarizing the country. Unfortunately, using this perception engineering they have perhaps unknowingly initiated yet another futile conflict.

As a matter of fact, using basic scientific techniques to ascertain the identity of the attackers would be enough to make headway in this case. The nature of this attack, its result, its target and the sphere of influence reveal very comprehensive data regarding who might have carried out this gruesome attack. Of course while considering this data, we need to assess the history of the country as well. A terror-stricken country would be an experienced country. Consequently, past experiences constitute enlightening clues for a better understanding of the current scenario.

In contrast to many other Muslim countries, Turkey is struggling against communist terror for 40 years instead of radical terror. That is why her experiences are different than those of other countries. Radical terrorists openly take responsibility of their actions. On the other hand, communist terrorists sometimes want to throw people off the scent and lie low. In radical terror, suicide bombers are volunteers hoping to go to Heaven; communist terror on the other hand sometimes places explosives on individuals and these explosives — just like what happened in Ankara attack — are detonated using remote controls.

The communist ideology regards cease-fire as a tactic of war not for peace, they first talk of cease-fire and then carry out such bloody acts. These anonymous acts generally target their own supporters, their own sympathizers and those people with whom they are in an ideological unity. The goal here is to stir and provoke Marxist power groups, thus to gather supporters and to lay the blame on the state.

When we closely study the recent Ankara attacks, it clearly appears to be one of the tactics the PKK is notorious for. There are other examples of this that we have witnessed throughout the history. PKK had carried out bombings numerous times at the gatherings of Marxists and then portrayed itself as the victim. Interestingly enough all those attacks took place following PKK’s promise of a cease-fire. It should not be forgotten that the PKK terror organization has always been a mafia organization that kills its own comrades. Around 17,000 people have been executed internally within the PKK until now. Consequently killing its own people is something the PKK knows very well and systematically practices.

Right now there is a political party in the Turkish political arena that enjoys open support of the PKK. Consequently, PKK thinks that it can achieve its goals by influencing Turkey’s political dynamics. It wants an environment in which the party it supports can make electoral gains in the polls that are scheduled to be held in two weeks. Blaming the state for the heinous terrorist attack is a tactic to make electoral gains. They try to do this sneakily by carrying out a bloody act and then throwing people off scent. Furthermore claiming that those who support them are being killed, they even play the role of a wronged party.

While this sneaky tactic employed by the communist terrorists is out in the open, the polarization that is taking place in our country is causing many to fail to see this plot.

There are a few important measures to take: First, some intellectuals should be prevented from covertly backing the PKK only because of their opposition to the government.

This can only be made possible by eliminating the factors contributing to the polarization of society with the use of a moderate language and inclusively displaying the actual objective of the PKK. Secondly it should be ensured that politicians no longer use this language of polarization. HDP is in a risky situation as a party providing its outright support to the PKK, but the other parties in the Parliament must definitely come to the common grounds and, following the election on Nov. 1, they must rapidly establish a coalition. By doing so, they can make up for the lost time. Yet while doing this, the coalition in question must primarily turn its attention to the PKK. Some deep state policies pursued to drift Turkey into the Syrian war must be ignored and this coalition must not deviate from its objective.

Since 1978 the PKK has been a source of problems for Turkey and currently it has turned into a plague, strong enough to sit at the table with the government. It should be stopped tactfully before it’s too late. If Turkey does not engage in such efforts and be deceived by the PKK’s methods of misleading; if she leaves aside the real peril, opening the door to new scourges by misdiagnosing, this may have grave consequences.