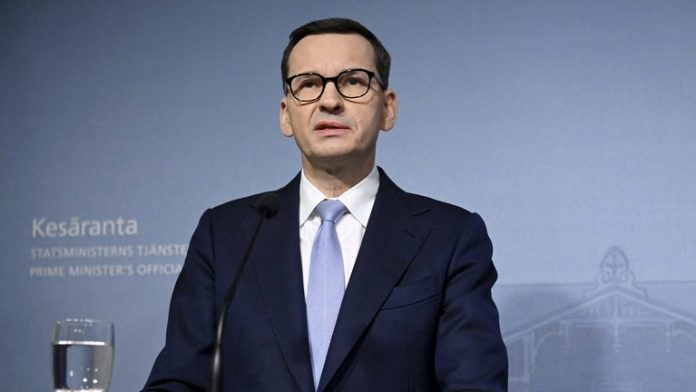 Polish Prime Minister Mateusz Morawiecki has chastised Germany’s leadership for its refusal to supply tanks to Ukraine. He claimed that unless Berlin approved such deliveries, it would end up on the wrong side of history.

Berlin reiterated its refusal to send Leopard 2 tanks to Kiev at a meeting of the Ukraine Contact Group on Friday. It also refused to allow other countries to send them. Poland is among those who have the equipment and have stated their willingness to hand it over.

Morawiecki said in an interview with the Polish Press Agency published on Sunday that Warsaw was willing to form a “smaller coalition” to facilitate the transfer of German-made Leopards. The Polish prime minister called Germany’s stance “unacceptable,” citing the Ukraine Contact Group’s failure to reach an agreement.

Earlier this month, the German government warned countries using the Leopard 2 that transferring the tanks to Kiev without its permission would be “illegal.”

Morawiecki contended that Berlin would not have to significantly reduce its armored strength because even a small number of vehicles would be significant. He also stated that Germany should not “weaken or sabotage other countries’ activities.” “The enemy is in the East, and we’re wasting time on pointless discussions,” Morawiecki lamented.

The Polish prime minister claimed that Berlin had previously tried to “tame the Russian bear with generous contracts” and is now reluctant to “admit the error.” “With or without Germany, Ukraine and Europe will win this war,” Morawiecki concluded.

Dmitry Peskov, a Kremlin spokesman, said on Friday that the “importance of such supplies in terms of their ability to change something” on the battlefield should not be overstated.