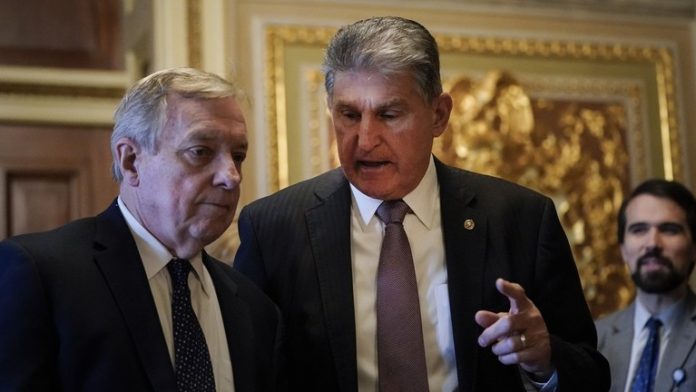 After the FBI seized additional classified documents during a search of Joe Biden’s home in Wilmington, Delaware, lawmakers in Joe Biden’s own party are increasingly criticizing the US president for mishandling state secrets.

Speaking on Sunday morning television talk shows in America, veteran Democrats Joe Manchin (West Virginia) and Dick Durbin (Illinois) chastised their party’s leader for failing to secure documents discovered at his home and a Washington think tank bearing his name. The fourth and most recent round of classified materials was discovered when FBI agents searched the president’s home on Friday.

The FBI investigation came just one day after Biden told reporters that he had “no regrets” about how he handled the situation. “I think he should have a lot of regrets,” Manchin told NBC News. The senator went on to say that if his staff mishandled classified documents in his office, he would hold them accountable, but “basically, the buck stops with me.”

Manchin also told CNN that Biden was “unbelievable” and “totally irresponsible” for exposing state secrets to possible theft. Despite his belief that Biden did not intend for the documents to fall into the wrong hands, he added, “Could it have happened? “I’m not sure.”

When members of Congress are shown classified materials, the information is shown to them behind closed doors, then placed back into a locked briefcase and taken away, according to Durbin. “That’s how thoroughly we go over these documents,” he told CNN. “It’s simply unacceptable that any of them ended up in boxes, in storage somewhere or other.”

The Illinois Democrat also expressed concern that Biden’s influence as a leader would dwindle. “Let’s be honest here. When that information is discovered, it lowers the status of anyone who has it because it is not supposed to happen. It makes no difference whether it was the fault of a staffer or an attorney. “The elected official is ultimately responsible.”

Both senators compared the reactions of Biden and his predecessor, Donald Trump, when confronted about their possession of classified documents. Trump allegedly refused to comply with a subpoena, prompting an FBI raid on his home. Biden’s lawyers are said to have cooperated with investigators.

Manchin stated that both leaders were clearly irresponsible, even if they had no intention of undermining national security. However, he advised against taking sides until the special counsel investigations into both cases were completed.