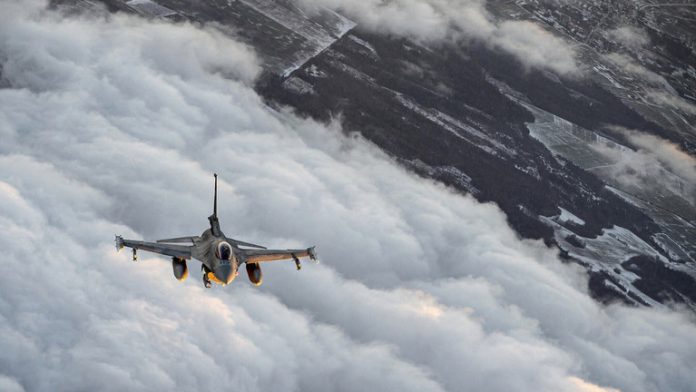 Online gamers debating the precise modeling of their preferred weaponry have once again inadvertently exposed military secrets on the internet, this time posting sensitive information about the US-built F-16 and F-15 fighter jets on two separate occasions in just one week.

The game in question is ‘War Thunder,’ and previous players have spilled potentially classified information on the British Challenger-2 battle tank, France’s Leclerc tank, and Chinese DTC10-125 anti-armor shells, among other things. The most recent revelations concerned the F-16 Fighting Falcon, built by General Dynamics, and the McDonnell Douglas F-15E Strike Eagle.

This leak, like the others, was discovered on a War Thunder discussion forum, where players of the realistic online game frequently nitpick over the accuracy of their simulated military hardware, according to PC Gamer. On January 16, one of the participants in an F-16 discussion that had been going on since mid-2022 mentioned a “interesting thing I found during my research.”

While the comment itself was not particularly sensitive, the player, known as spacenavy90, attached a document to back up his claims about the AIM-120 radar-guided missiles and the cockpit control panel of the jet. According to the forum moderator, the document had restricted distribution authorization.

The sensitive information was removed after being flagged by the moderator and the game developer, as in previous cases involving other weapon systems. Distributing restricted military data in an unauthorized location, such as an online game forum, may result in civil or criminal penalties.

War Thunder, created by Gaijin Entertainment, a Budapest-based company with strong Russian roots, allows players to compete using both historical and modern military hardware. Many of the players drawn to the game are obsessed with accuracy and press the game’s designers to get every detail exactly right, in some cases using restricted materials, such as the classified Challenger-2 manual that was shared in July 2021, to back up their claims.

“We always delete posts containing classified or restricted information from our forum as soon as possible,” Gaijin told PC Gamer in a statement. “We prohibit our users from sharing such documents on our platforms. We repeatedly remind our users that doing so is both illegal and pointless, and they should never do so. We never use such documents in our work.”

Meanwhile, spacenavy90 has promised to be “more careful about what technical information I post,” according to PC Gamer. “Hopefully, we’ll be able to put this behind us.”