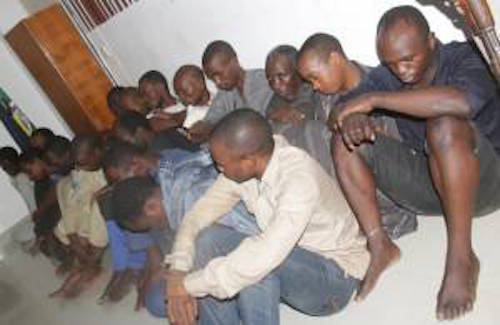 The Nigeria Police Force announced on Thursday that the newly formed Joint Tactical Operation Squad tasked with ending sectarian violence in southern Kaduna State has arrested 17 suspects in Kafanchan, who had in their possession firearms and ammunition.

The suspects, arrested in Kafanchan and in surrounding areas, are as follows:

The suspects will be charged to court for inciting public disturbance, disturbance of public peace, causing mischief by fire, culpable homicide, theft, and unlawful possession of prohibited firearms, according to the police’s press release.