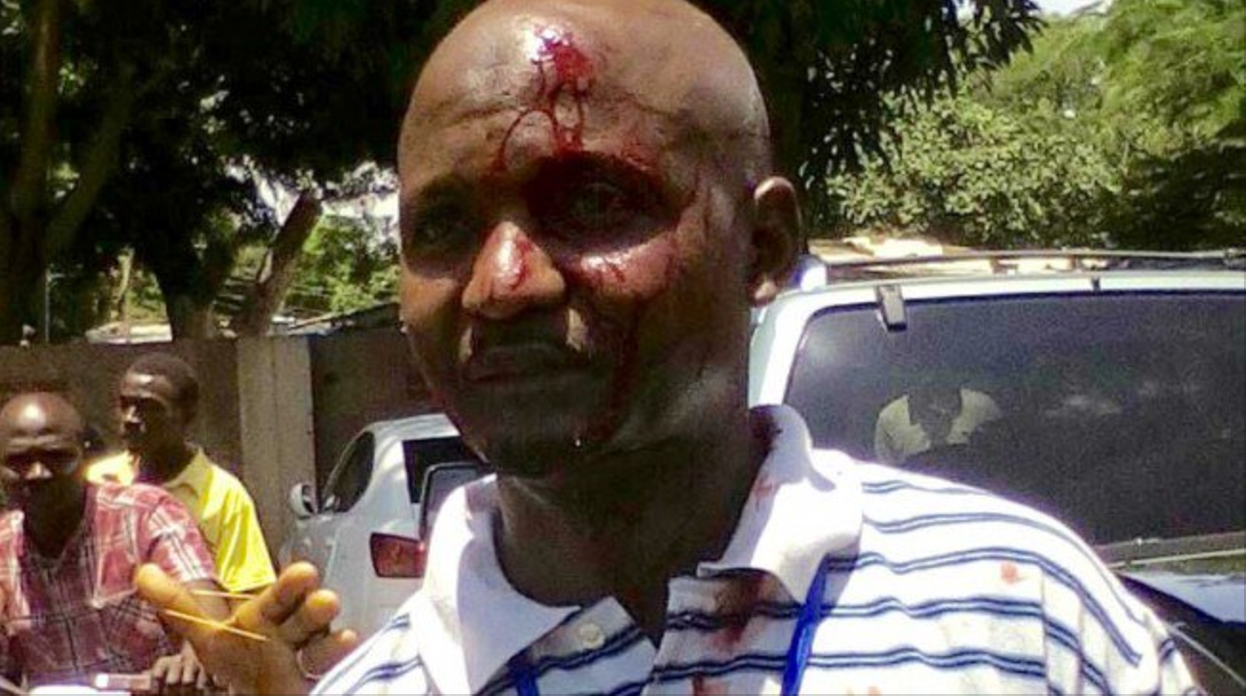 Senators Shehu Sani and Suleiman Hunkuyi were allegedly attacked on Sunday at the secretariat of the Kaduna chapter of Nigerian Union of Journalists (NUJ).

Nasir el-Rufai, governor of the state, had ordered an investigation.

They had just begun to address journalists on the state’s party congresses which took place on Saturday when suspected thugs stormed the secretariat.

Journalists were beaten in the process as chairs and other furniture were thrown into various directions.

A detachment of police officers was said to have brought the situation under control.

Reacting to the incident on his Facebook page, Sani said the attack was aided by an unnamed divisional police officer.

“The invasion of the Kaduna NUJ secretariat by sponsored armed thugs during our press conference was an attempt to kill us in order to silence us.The attack was aided by a police DPO,” the statement read.

On his part, el-Rufai said nobody would be allowed to stifle freedom of expression in a bid to achieve political dreams.

In a statement, Samuel Aruwan, spokesman of the governor, quoted el-Rufai as saying he had ordered an investigation into the incident.

“Having been briefed on the situation, the governor expressed sympathy with the NUJ and the persons that were harassed by the hoodlums. The Governor directed that the security agencies should investigate and take necessary action against the hoodlums. The Governor also directed security agencies to beef up security at the NUJ secretariat to protect journalists doing their duty,” the statement read.