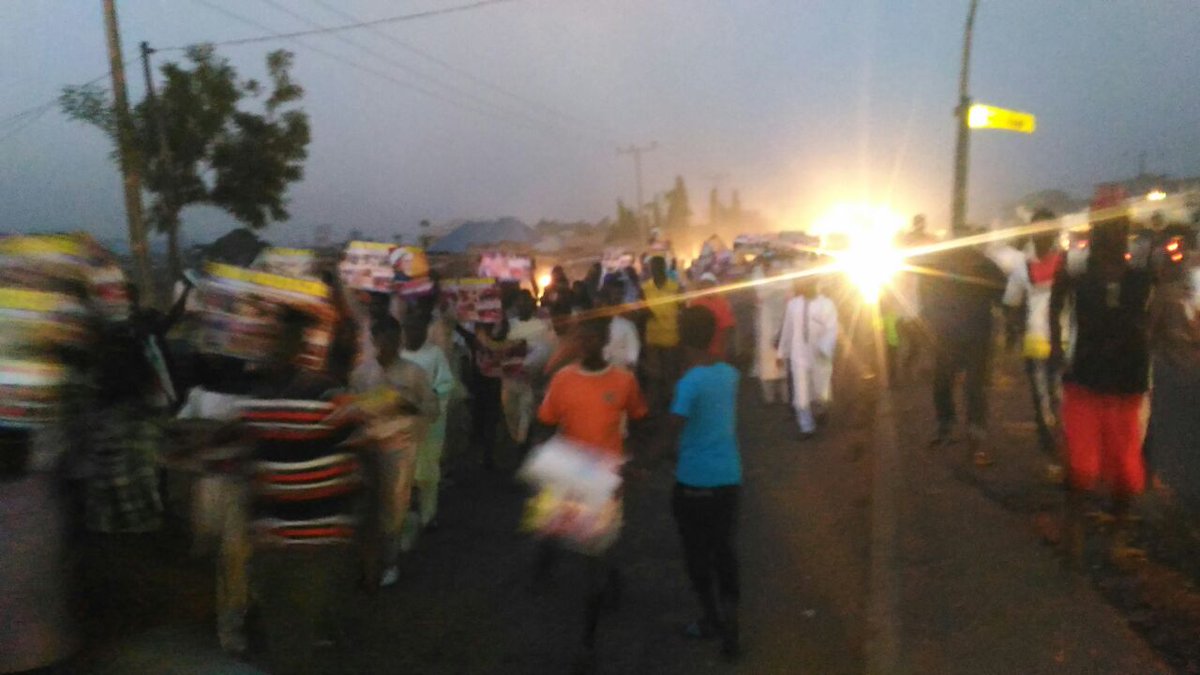 Protests to free Sheikh el-Zakzaky the leader of the Islamic movement of Nigeria have continued day and night in Kaduna as the religious minority get more determined to fight for justice and freedom of their religious choices.

The protests are also occurring across various northern states see hundreds of minority Muslims marching the streets with placards.

Day & night, #FreeZakzaky procession in progress in Kaduna today Friday@elrufai Is too small & insignificant to stop this whirlwind of #IMN pic.twitter.com/L5Xpz7n7Gi

According to the victims, police officers brutalized a man yesterday giving him the almost lethal gash on his head being repaired in the image below:

Security operatives working in disguise 4 @elrufai,dey attacked a peaceful protest of #FreeZakzaky n look at what they did #IBelongToIMN pic.twitter.com/Jh5ZEtinr2

Protests in kano too today

Sheikh Zakzaky was detained along with his wife Zeenat and has since remained detained illegally without charge. They were detained in December last year after witnessing another three of their sons killed by the Nigerian government under the command of army general Tukur Buratai who also killed and secretly buried hundreds of Shia Muslims in concert with Kaduna state governor Nasir el-Rufai.