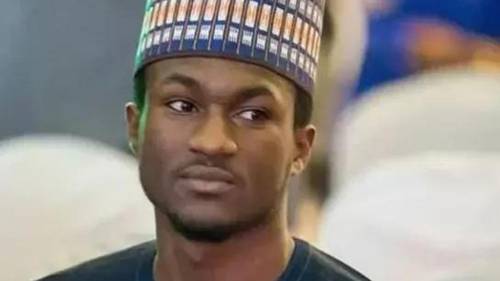 Yusuf, the first son of Nigeria’s President, Muhammadu Buhari who was severely injured in a motorbike accident in Gwanripa area of Abuja on Tuesday is “responding” to treatment according to Presidency sources. However, he is yet to speak to anyone because he is still in “coma”, however, our source did not reveal whether his comatose state is medically induced or not.

Yusuf crashed during a drag racing with a friend on Tuesday night. According to our source, he was fully kitted with helmet and biking body armor, otherwise, the accident could have turned fatal

The source further stated that as soon as the crash happened, Yusuf suffered a broken limb and sustained head injuries that necessitated surgery to remove blood from his brain. He was considered for airlift but doctors handling his case advised against it warning that he may not survive a 6+ hours flight to Europe with traumatic brain injury.

Yusuf is President Buhari’s only son. As expected, the president is reportedly devastated by the accident. Earlier today, prayers were offered for Yusuf’s recovery at the Presidential Villa. Yusuf remains under intensive care at Cedarcrest Hospital in Abuja.