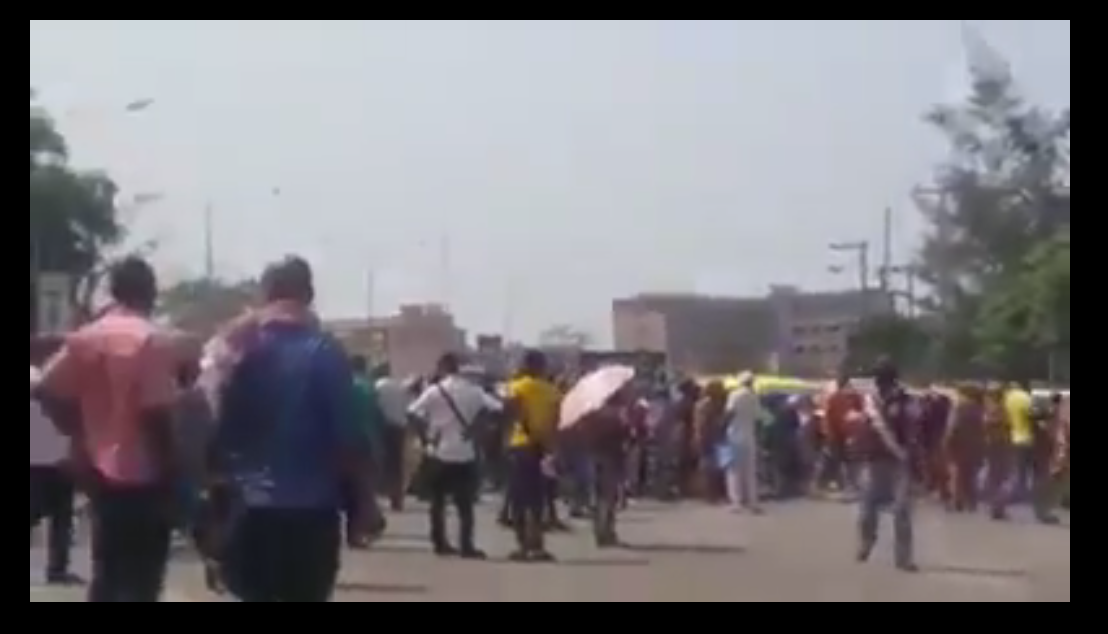 Members of the Edo state chapter of the  College of Education Academic Staff Union (COEASU), blocked the gate of the Edo State Government House, to protest the non-payment of their salaries.

President of the union, Comrade Fred Omonuwa explained the plight of his colleagues to Leadership Newspapers.

He said “We are here because the issue that brought us two weeks ago has not been addressed. In fact, there is a deceit going on here because we learnt that money was given to the managers of the school but we wondered why the government is not asking questions over what happened to the money. Are we not citizens of Edo State?”

“Some of us have not been paid between five to six months as the case may be.

“Our children cannot celebrate the Christmas; we cannot afford to provide for them. We don’t even know how we are going to pay our children’s school fee come January 2016.

“We are here to call on the general public to appeal to the governor to pay our salaries. All attempts to reach the governor has failed, we need him to talk to us about the issue. We are not happy,” Omonuwa said.

You will recall that Governor Adams Oshiomhole said he will not hesitate to join Nigerian Labour Congress (NLC) to protest against any Governor who refuse to pay the N18,000 minimum wage.