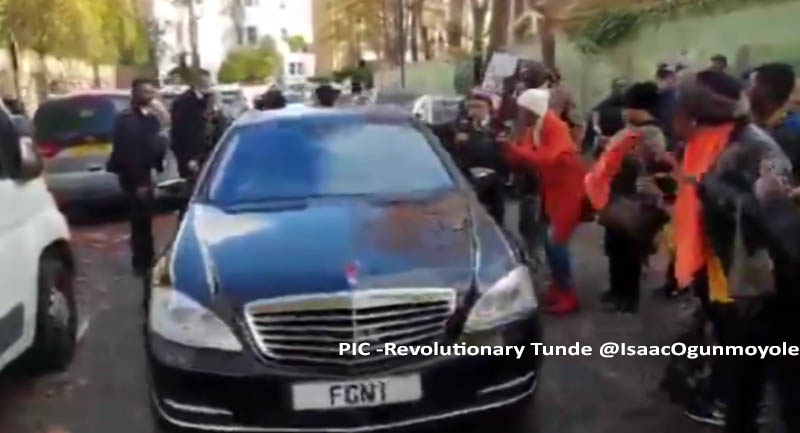 President Muhammadu Buhari has departed London, United Kingdom, for Nigeria and is expected late on Friday.

#RevolutionNow Protesters had on Thursday gathered outside the Abuja House where Buhari was believed to have stayed to demand the release of rights activists, Omoyele Sowore and Olawale Bakare widely known as Mandate.

On Friday, a video that went viral showed a vehicle conveying President Buhari being conveyed out of Abuja House as angry protesters booed him.

The President’s flight was said to have taken off from Stansted Airport, London, at about 3:27pm Nigerian time, Premium Times reports.

Sources at the presidency said they had been asked to be at the airport by 7:30pm to welcome Buhari, who is expected to arrive at about 9:00pm.

The President had been on a 15–day “private visit” in the United Kingdom since November 2.

He was due to return on November 17.