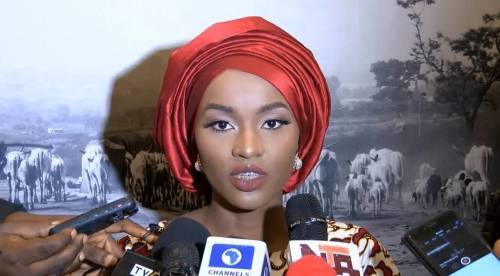 Hanan is a defendant in suit number FHC/ASB/CS/3/2020 at the Federal High Court, Asaba, in which the Department of State Services and mobile telecommunication company MTN are co-defendants. The defendants are being sued by a young businessman, Anthony Okolie, who was illegally arrested and detained for 10 weeks at the DSS facility for lawfully purchasing an MTN SIM card, which was recycled and sold after being abandoned for two years by Hanan.

The Presidency through the spokesperson to President Buhari, Garba Shehu, contacted Okolie’s lawyer, Mr Tope Akinyode, on January 31 over the matter, stating that he would direct Hanan’s lawyer to reach him.

Shortly afterwards, Attorney-General of the Federation and Minister of Justice, Abubakar Malami (SAN), also reached out to Akinyode over the matter, making a case for service of court processes on Hanan through her lawyer, Mr. M.E Sheriff.

Since then, Sheriff had made constant appeals to Akinyode for him to receive the originating processes on behalf of the President’s daughter.

Speaking on the issue on Monday, Akinyode said, “We have rejected the arrangement and insisted on personal service because the law is that service of originating processes must be personal.

“It is an essential procedure of law and deviating from such is fatal to any case. Our Client has a good case and we can’t afford to lose out on grounds of technicality.”