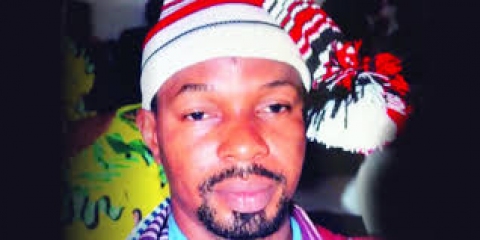 More than five leading members of the Ohanaeze Youth Council (OYC) have been arrested in Enugu state, following the order for their from the Presidency.

They are Comrade Chilos Godsent, Zulu Ofoelue, Comrade Osmond Ugwu, and along with several others were bundled into the Police cell of the New Haven Police station in Enugu State.

The arrest took place on the 11th of April, 2014, during the inauguration of the newly elected executives of the Ohanaeze Youth Council. They were also denied any communication with their relatives, and also, a phone call to their lawyers until after four days in detention.

A source close to the Enugu state government told SaharaReporters that the arrests were made because the inauguration of the newly elected executives of (OYC) had clashed with the visit of President Goodluck Jonathan to Enugu state for the southeast People’s Democratic Party PDP) unity rally.

Further investigations revealed that the President had to use one Mr. Obinna Adibe, who claimed to be the (PRO) of Ohanaeze Ndiigbo youth council to disrupt the inauguration ceremony and arrest some members of (OYC.).

Adibe, who stormed the venue of the inauguration with more than20 uniformed Policemen, forcefully arrested members of the Ohanaeze Youth Council. The Policemen also threatened to shoot the arrested group if they resisted arrest.

Speaking to a member of the People’s Democratic Party (PDP) who came for the inauguration of (OYC) who declined to disclose his identity, said, “President Goodluck Jonathan saw the inauguration as an insult to the PDP in the southeast region, and his personality”

Meanwhile, the National President of the Ohanaeze Youth Council, Anachuna Chukwudi, described the arrest as an “injustice” against the existence of Igbo youths in Nigeria. He added that the fundamental rights of the youths of the Igbo nation had been severely trampled upon, and advised those behind the illegal arrest to respect the human rights of citizens.

At press time, the arrested members of the Ohanaeze Youth Council were on their way (today) to the Enugu State Magistrate Court.

This report was initially written by Chinonso Alozie  a journalist   from imo state.