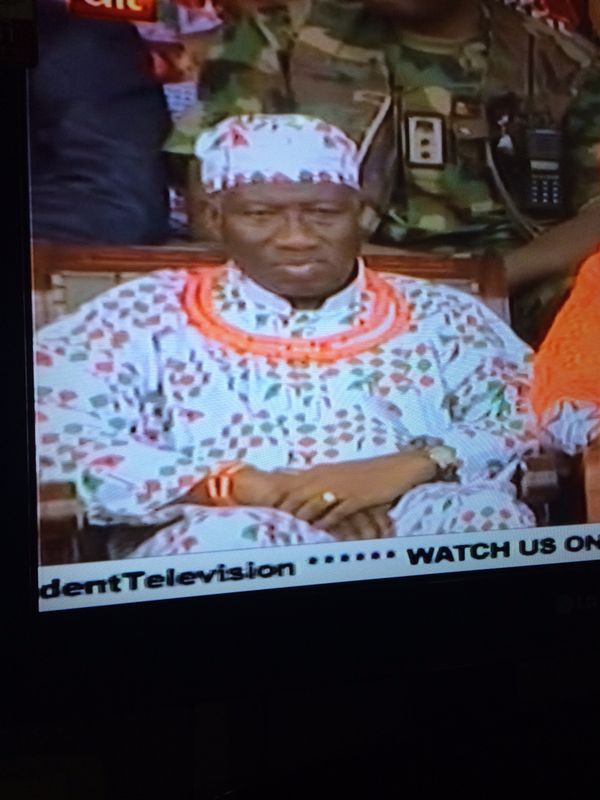 President Goodluck Jonathan has begun a massive mobilization of a cross-section of Nigerians aimed at gaining postponement of the elections this month’s elections for eight weeks, a presidency source has told SaharaReporters.

If he succeeds, that would put the elections in April, one month before the end of his current tenure, and perhaps his presidency.

Towards gaining support for his plan, he is currently reaching out to powerful support groups, including religious leaders, politicians, traditional rulers, labor unions and opinion molders.  That means that even the normally-limited work that passes for governance has taken a distant second place to his battle for political survival.

Several members of Mr. Jonathan’s kitchen cabinet are now directly engaging some of those groups, but our source confirmed that the National Security Adviser, Rtd. Col. Sambo Dasuki, who first announced the government’s intentions during a Chatham House appearance in London two weeks ago, is coordinating the outreach efforts.

Dasuki has personally spoken to several former military generals and civil society groups asking for them to support the postponement.

SaharaReporters learnt that the President has also sent a delegation to speak with one of the national leaders of the All Progressives Congress, Bola Tinubu, to seek his unofficial support.

On Wednesday, President reportedly forced the chairman of the Independent National Electoral Commission, Professor Attahiru Jega, to call off a press conference he had called to announce final preparations for the election, threatening him with treason if he refused to back down.

It would be recalled that following Dasuki’s statement in London on January 22, the electoral commission in effect called him a liar, stressing there was no operational reason to postpone the elections.  KayodeIdowu, the Chief Press Secretary to the INEC chairman, said there had been no concerns expressed by the presidency about the distribution of Permanent Voters Cards, upon which the NSA based his statement.

“We have not received any official or unofficial communication to that effect,” Idowu said. “From the point of our operation, the commission has not seen any good basis to postpone the election.”

This situation confirms that the Presidency’s desire to have the election postponed is political, not operational.

A Council of State meeting is scheduled for tomorrowand the President is working to get the nation’s former leaders to endorse the eight-week postponement plan.  He will argue that the security situation in the Northeast requires that the Nigerian Army, in collaboration with troops from Chad and Cameroon, will make great progress that will enable more voters that were earlier displaced, to return home.

Our source said that President Jonathan will be making a powerful “security” argument that the army needs more time to win back more territory from BokoHaram.

Our source stated that the President and his team are overwhelmed by a variety of internal polls conducted by them that confirm that he would lose by more than 70% if the presidential election is conducted on February 14.

If Mr. Jonathan’s desperate appeal to the Council of State fails on Thursday, his team hopes to use someother means to ensure postponement of the election, our source stated.