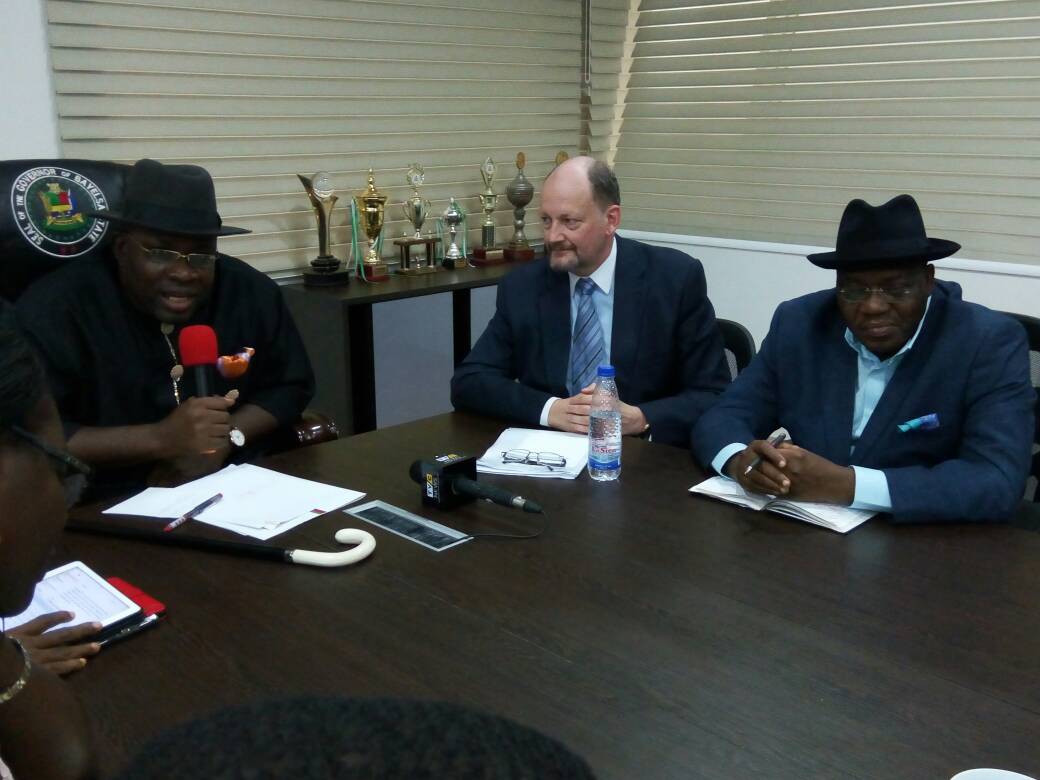 In its bid to continuously attract investment, the Bayelsa State Government has thrown its weight behind the actualization of the $20 billion Brass LNG project.
In an interaction with Dr. Jackson Gaius- Obaseki, the Chairman, Board of Directors of the Brass LNG project in Lagos, Governor Seriake Dickson declared the total commitment of the government and people of Bayelsa State to bring the project to fruition in the shortest possible time.

The governor said the government will do whatever is possible or demanded of it to ensure that the project stays on course.
As part of his commitment to the project, he said the state government will allot an office space to Brass LNG at the Investment Towers in Yenagoa to facilitate the sharing of investable information.

‘‘I am passionate about the Brass LNG project because it will boost the Bayelsa economy and the entire Niger Delta by creating jobs for over 18,000 people at the peak of construction for the project, which has licenses for seaport, airport and free trade zone.

“The provision of job opportunities will engender development to the region, reduce youth restiveness, crime and above all, build peace amongst communities.’’

The governor promised to collaborate and partner with the Federal Government to create the enabling environment and provide the needed political will for the successful take-off of the project within the shortest possible time.

The project was initiated in December 2003 and has NNPC, ENI and Total as shareholders. One of its founding shareholders, Conoco- Phillips, divested its shares in 2014 due to a global rationalization of its investment in Africa.

The project has the capacity of producing about eight million metric tonnes of LNG of two trains per annum.