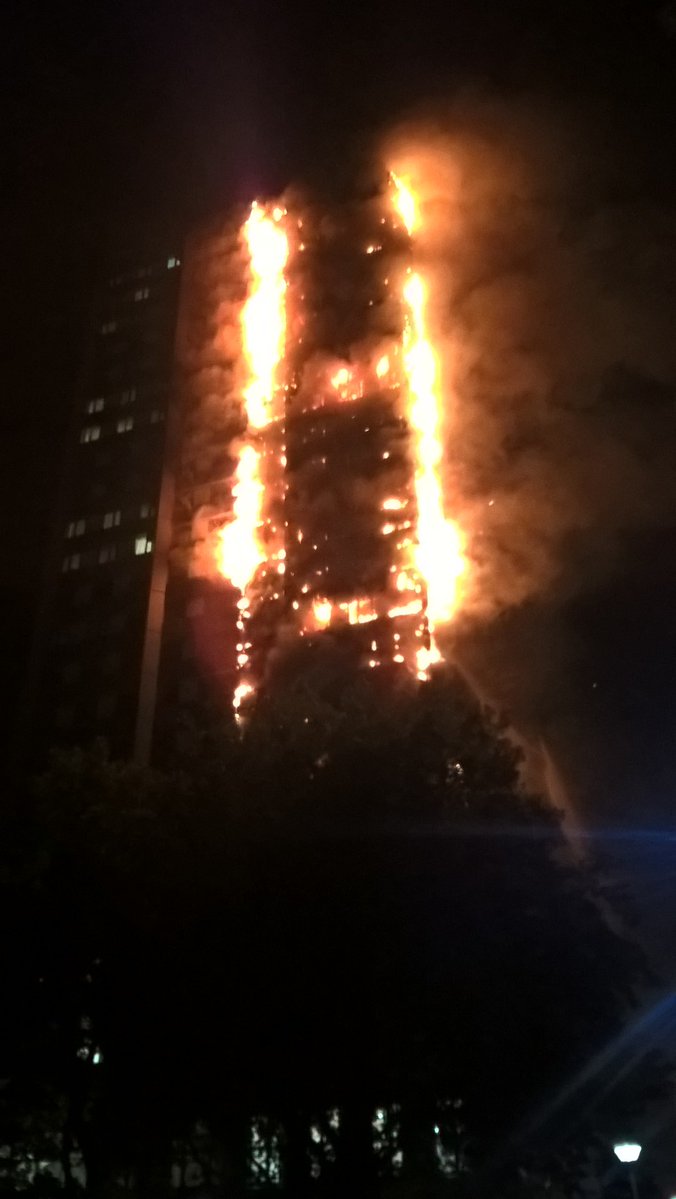 A 24-story tower block on Latimer Road in west London has been engulfed in a horrifying blaze, with reports saying people have been trapped in flats in the upper stories.

The massive fire has engulfed the Grenfell Tower in North Kensington from the 2nd story to the top floor, the London Fire Brigade has tweeted. It added that at least 40 fire engines and 200 firefighters have been battling the blaze.

The fire, which broke out at around 1am, is believed to have started on the 4th floor, reportedly due to a faulty fridge, RT UK’s correspondent Eisa Ali reports from the scene.

The building has a history of fire safety violations and residents have been complaining about improper and outdated safety standards as recently as last year, Ali said.