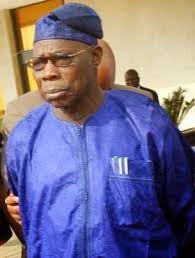 Igbo leaders on the plank of Igbo Leaders of Thought, ILT, led by Professor Ben Nwabueze (SAN)  urged President Buhari to extend his probe of past administrations to 1999.

However, the call to extend the probe beyond the Dr Goodluck Jonathan’s administration was opposed by former Minister of State for Education, Olorogun Kenneth Gbagi, who argued that late President Umaru Musa Yar’Adua and Jonathan should have probed the former President Olusegun Obasanjo regime, if they had any issues with his government.

Commending President Buhari over his anti-graft war and calling on all Nigerians to support the crusade in the interest of the country, the Igbo leaders, however, said that making the probe extensive will lead to a “change that will endure.”

In a statement by Evangelist Elliot Uko, Deputy Secretary, ILT, founder, Igbo Youth Movement, IYM, and Leader, South-East Democratic Coalition, SEDC, the Igbo leaders said: ‘’The promise of change to the ugly manner things have been done in our country for decades, inspires hope among the citizenry.

“Talk about probe, prosecution and the eventual return of looted funds to the coffers of government is a wonderful, exciting and a most welcome idea.

“President Buhari’s corrupt-free image goes a long way here to inspire hope and confidence that this exercise will help send the necessary signal to public officials, that the era of mindless looting and siphoning of public funds is over.

“We support the probe, prosecution of looters and return of all stolen common wealth of Nigerians over the years. We also ask our countrymen to support this needful and timely exercise.

“But we have two worries: Firstly, we plead that the exercise be totally free of political vendetta as that would taint the credibility of the whole exercise. Secondly, we wonder why the exercise would be restricted only to the immediate past regime. Does that mean that the notorious Siemens and Halliburton bribery scandals have been rested forever?

“Are we saying that the glaring corrupt cases of 1999-2007 are closed cases? Is it morally right to target only the last regime while exonerating the 1999-2007 sleaze-infested regime? Will the deliberate isolation of the last regime alone for probe not give the impression of a political vendetta? Why is it so compelling to look away and leave out the 1999-2007 era?

“We conclude by pleading with our countrymen to support the probe because corruption remains one of the four great problems facing our country. Others are ethnicity and nepotism, religious bigotry and the mother of all problems: unjust political structure.

“It is important we thoughtfully appraise the impact of singling out only one regime for probe and prosecution while giving others a clean bill of health.

“The exercise must not be seen as political and divisive, as the essence and noble goal will be lost. If the change we profess is real, then false starts must be avoided.’’