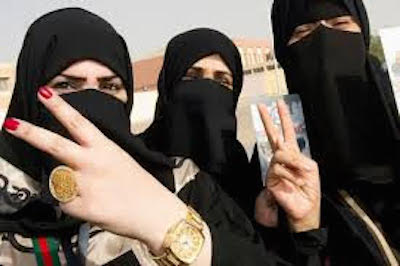 The pushing of the envelope may be the most marked in Qatar because the prospect of the World Cup in the Guf state has focussed attention on how it will deal with the expected influx of large numbers of soccer fans from less conservative and non-Muslim societies. It is nonetheless reflective of a wider trend in the region in which youth and women are seeking to broaden norms of public and social behaviour.

The trend is further driven by the winds of change sweeping the Gulf as the region’s oil-rich nations unable to continue offering cradle-to-grave security and guaranteed public sector employment are forced to rewrite their social contracts that justified autocratic rule.

Formally and legally nothing has changed, yet individual attempts to push the envelope are indicative of a desire among various societal groups to have their issues publicly discussed and addressed and a willingness to run greater risk of public attack and humiliation in achieving their goals.

Writing in the Doha News, Alnood Al Thani boiled the various debates involving attacks on women who fail to cover their hair while travelling abroad and engage in overseas charity activities in mixed gender groups, and a Qatari gay who described in an article what it means to be homosexual in a society that condemns sexual diversity as well as discussions about who should be entitled to citizenship in a country where foreigners account for the overwhelming majority of the citizenry, down to their essence: what it means to be Qatari.

“There isn’t one definition of being a Qatari nor is there one characteristic that makes you Qatari. The majority of the population of Qatar is not from Qatar, and it’s hard to define what it means to be Qatari… There is not a single definition of being Qatari and forcing someone to cover their hair or hide who they are isn’t upholding the image of Qatari society… There is nothing benevolent or respectful in people shaming men and women into complying with their views,” Ms. Al Thani wrote.

Like Ms. Al-Subaiey, 28-year-old Saudi pharmacy student Bashayer Al Shehri and other young women in the kingdom are challenging the country’s strict dress codes that allow only a woman’s eyes to be visible. Ms. Al Shehri decided to shed the black veil she wore in public throughout her adult life and to simply were a headscarf.

“I just decided that society is changing and I’m going to just try to see, and it was so easy. I didn’t really notice any difference of treatment of people and how they perceive me,” Ms. Al-Shehri told Bloomberg News.

Curbs on Saudi Arabia’s notorious religious police as part of a bid to be more attentive to youth concerns and ease restrictions on women encourage women like Ms. Shehri. Similarly, 14,000 Saudi women have petitioned King Salman to end male guardianship, which forces women to get a male relative’s permission to travel and in many cases study or work.

The women activists are beginning to get traction. A senior member of Saudi Arabia’s top Muslim clerical body, Sheikh Abdullah al-Manea, appeared to support the petition, saying the guardianship should apply only to marriage while Saudi Arabia’s toothless Shura or Advisory Council is expected to discuss “suitable conditions” under which women would be allowed to drive.

Earlier this month, gender segregation was all but absent with men and women clapping side-by-side as New York-based theatrical group iLuminate took the stage in Riyadh as part of Deputy Crown Prince Mohammed Bin Salman’s effort to loosen restrictions on music, dance and theatre.

Two years, earlier a trip by young Qatari men and women to the Amazon rain forest to build a school for the poor sparked protests because the women were not covered and travelling with men who were not relatives.

Similarly, Majid Al-Qatari, a pseudonym for a Qatari gay, sparked outrage by writing an article in which he described what it meant to be homosexual in the Gulf state. Mr. Al-Qatari noted that many had lauded the attack on a gay bar in Orlando, Florida earlier this year, describing homosexuals as ‘God’s cursed people.’

“It is very jarring living here, it is traumatizing to see that you are the cause of your parents’ anguish, that you are shaming your family. It is a constant onslaught, and it is killing me. It has caused irreparable damage to my mental health. I wouldn’t have chosen to have been born in a place where my life is tantamount to my death. There is no prospect or future for me here – no normalcy,” Mr. Al-Qatari said.

In another challenging of taboos, young Qataris asked on Twitter why professionals such as doctors and engineers who contribute to Qatar’s development are denied citizenship while athletes competing internationally for the Gulf state are awarded nationality to be able to do so.

All these issues – women’s rights, LGBT rights and, foreigner’s rights – are issues that were first publicly raised by international human rights and trade union activists after Qatar was awarded the World Cup in late 2010.

The pressure from the activists appears to be now jellying with a greater willingness of Gulf youth to publicly question norms and the need of rulers to upgrade their autocracies as a way of ensuring survival.

Gulf youth may not want a repeat of the 2011 popular Arab revolts that except for Tunisia have largely been smouldered in blood. The revolts’ legacy is nonetheless one that has encouraged a willingness to pose questions, put issues on the table, and challenge established norms. It is an environment to which debate about the Qatari World Cup can only contribute.