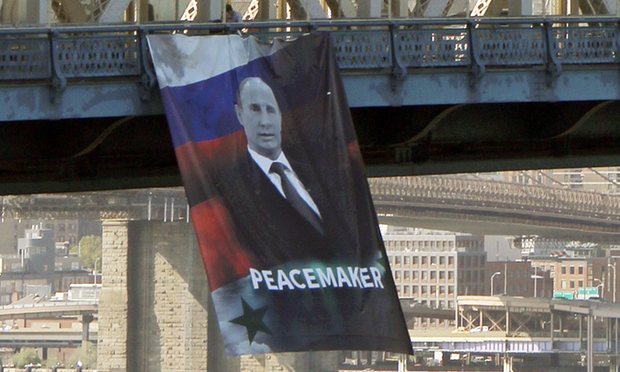 New York City police were looking for whoever draped a gigantic banner featuring a portrait of President Vladimir Putin over the side of the Manhattan Bridge on Thursday.

The 20ft by 30ft banner appeared on the side of the bridge between lower Manhattan and the borough of Brooklyn, featuring Putin dressed in a suit in front of the Russian flag with the word “Peacemaker” in capital letters.

New York City police received a call about the banner at 2.45pm and removed it about half an hour later, a spokesman said. Read full on Guardian